The basics of videography

Whether you’re a photographer looking to expand your arsenal or a complete beginner, here are the essential videography basics you need to know.

There are countless reasons to jump into the world of videography. For photographers, the love of images will already be there – video is just another string to your image-making bow. Video can make you think differently about your photography and some fresh perspective is always a good thing. There’s also the benefit of more possible career opportunities if you’re serious about that camera in your hand.

For anyone else, shooting video is a great way to document the world in a beautiful and creative way, just like photography. You can make home videos, purely creative ones, videos about whatever you’re passionate about, or anything in between.

Here, we’ll explore some videography basics for those who already have a decent knowledge of how to use a camera. If you’re a complete beginner, the first place to start is with the basics of exposure, so read our comprehensive guide on the subject, then come back for these video-specific tips.

Over a series of articles, we’ll go into more depth about video gear, editing and actually shooting. For now, though, let’s get started with some camera settings.

When moving from photography to video, you’ll find some functions change slightly – even ones you know well. There are also completely new settings that you’ll never have seen before.

ISO plays the same part, so there’s nothing new there. Aperture is much the same, too, though you should consider that with video your focal point can change mid-shot. This is known as a focus pull or rack. The most significant difference is with shutter speed, due to something known as the 180° shutter angle rule.

The 180° shutter angle rule dictates that shutter speed must be set to (roughly) double the given frame rate. The reason behind this is the need to mimic the human eye for a natural and pleasing-looking video.

So, now you know that your shutter speed should be double your frame rate – but what frame rate should you choose? Well, it’s something of a divisive issue in the world of videography.

Without straying too far from just the videography basics, most normal video is shot in 24fps or 30fps. Many believe 24fps (really 23.97fps) is more cinematic, and it has been used for most feature films for a century. Others say 30fps gives a smoother look thanks to its few extra frames. Higher frame rates such as 60fps or 120fps are usually reserved for slow motion playback.

It’s also worth touching upon resolution, although as with frame rate, it’s really not worth getting too caught up in at an early stage. For most needs, 1080p recording is more than sufficient, but if you wish to record in 4K, that’s your choice – just be aware that 4K will likely limit your camera’s frame rate options and maximum clip lengths, and your file sizes will be significantly larger.

When moving from stills shooting to video, there’s an even more significant factor to consider, and that’s movement. Even at a basic level, knowing how you can reveal more of your scene is essential. In truth, you’d likely use all of these movements intuitively, but it’s important to know what they are so you can recognise them elsewhere and come to understand their effect.

The pan and the truck are both left/right movements, though they differ slightly. For a panning shot, the camera is stationary and turns from left to right or right to left. You may have encountered the pan before in photography. You can pan in a full 360-degree circle.

In a trucking shot, the camera physically moves left or right without rotating. Though both shots are similar, they do differ in look and function.

The tilt shot and the pedestal shot are much the same as the previous shots we mentioned, except they work on an up/down axis instead of a left/right one. During a tilt, the camera remains stationary and literally tilts up or down.

As you may have guessed, in a pedestal shot – which can also be referred to as a boom or a jib shot – the camera remains flat while moving up or down in physical space. Again, similar in nature, different in effect.

Typically, you wouldn’t zoom mid-shot because more often than not, it just doesn’t look good. Like any other medium, though, creative choice is a real thing, and anything can work in the right circumstances.

The dolly, however, is a commonly used shot type. Here, the camera moves closer or further away from the subject, performing the same function as a zoom but in a more visually pleasing way.

You can use any of these camera movements at the same time – and people do, all the time. Some combinations look more natural than others, but in creative situations, the sky really is the limit. Watch a video of the famous dolly zoom movement and see for yourself.

During any of these movements, it’s worth considering your focus, as we mentioned before. In stills photography, you only need your focus to be sharp during your one shot, but in videography, you need a sharp (or at least controlled) focus at all times.

Other important factors include the speed of the movement and how much you actually move. This applies more so with creative videos, but when shooting any type of footage, everything you do should be intentional if you want it to look its best.

If you’d like to see these movements in action, StudioBinder has a fantastic video that includes many famous moments from cinema history. You can watch it below.

So, now you have all you need to start shooting some basic visuals. Are you going to put your camera’s video settings to good use? Let us know, ask us any burning questions or show us your work! You can find us on Instagram, Twitter and Facebook by using the handle @photonewspn 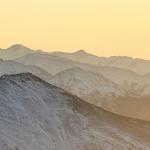 You should be shooting telephoto landscapes 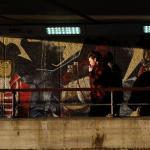 How (and when) to take better photos wit...

As time goes by and technology advances, cameras on smartphones are becoming more and...

The ultimate guide to camera lenses

How to improve your travel photography

Richard Bernabe has travelled to more than 60 countries, shooting for clients including National...
Read Here