The best vintage film cameras in 2020

Picking up a vintage film camera is a cheap way to get something altogether different out of your photography – here are a few of the best.

The vast majority of photographers have long left the world of celluloid behind as digital cameras continue to become more advanced and more accessible than ever before. As fantastic as DSLR and mirrorless cameras are in a multitude of ways, there’s still a little life in film yet.

For many, shooting film is a slower and more thought-out process, which most of us could use a little more of in our image making. It’s a pleasingly tactile means of capturing photos, good shots require just a little more care and the particular magic certain film stocks possess is simply impossible to replicate digitally.

For these reasons and more, we believe every photographer should still try their hand at the old ways, at least every once in a while.

With decades worth of gear floating around the web, it’s surprisingly cheap and easy to get your hands on a good set-up. There are countless options out there, but here are just a few. All of these cameras take 35mm film, which isn’t overly expensive, it’s easy to have developed and the bodies themselves are all fairly compact. They also all feature manual controls, just as you’d expect to find on an enthusiast-level DSLR or mirrorless camera, though point-and-shoot film cameras can be fun.

In Episode 8 of The Photography News Podcast, editor Will, Kingsley and Roger all nominated their ‘Desert Island Disks’ of camera kits. Film choices included the Kodak Retinette 1b and the Nikon F3 and to hear more on those, you can listen through our podcast library.

The Pentax K1000 is the go-to first vintage film camera for many, primarily due to its price and availability. Made from 1976 until almost the year 2000, it’s an easy camera to find and is typically priced around the £130 mark with lens, though you may find a steal for around £100.

It’s a simple and beautiful machine, with completely mechanical functions – not even a timer is included. Fewer features means less to go wrong and the K1000 offers the simplest picture taking process there is.

The camera does take a single battery to power its internal light meter, but it can be used without it, metering by eye, or with a smartphone or dedicated meter. There are a wide range of very cheap lenses available, which offers a lot of scope for photography of all varieties, and a small indicator even shows you when the shutter is wound. Ingenious. 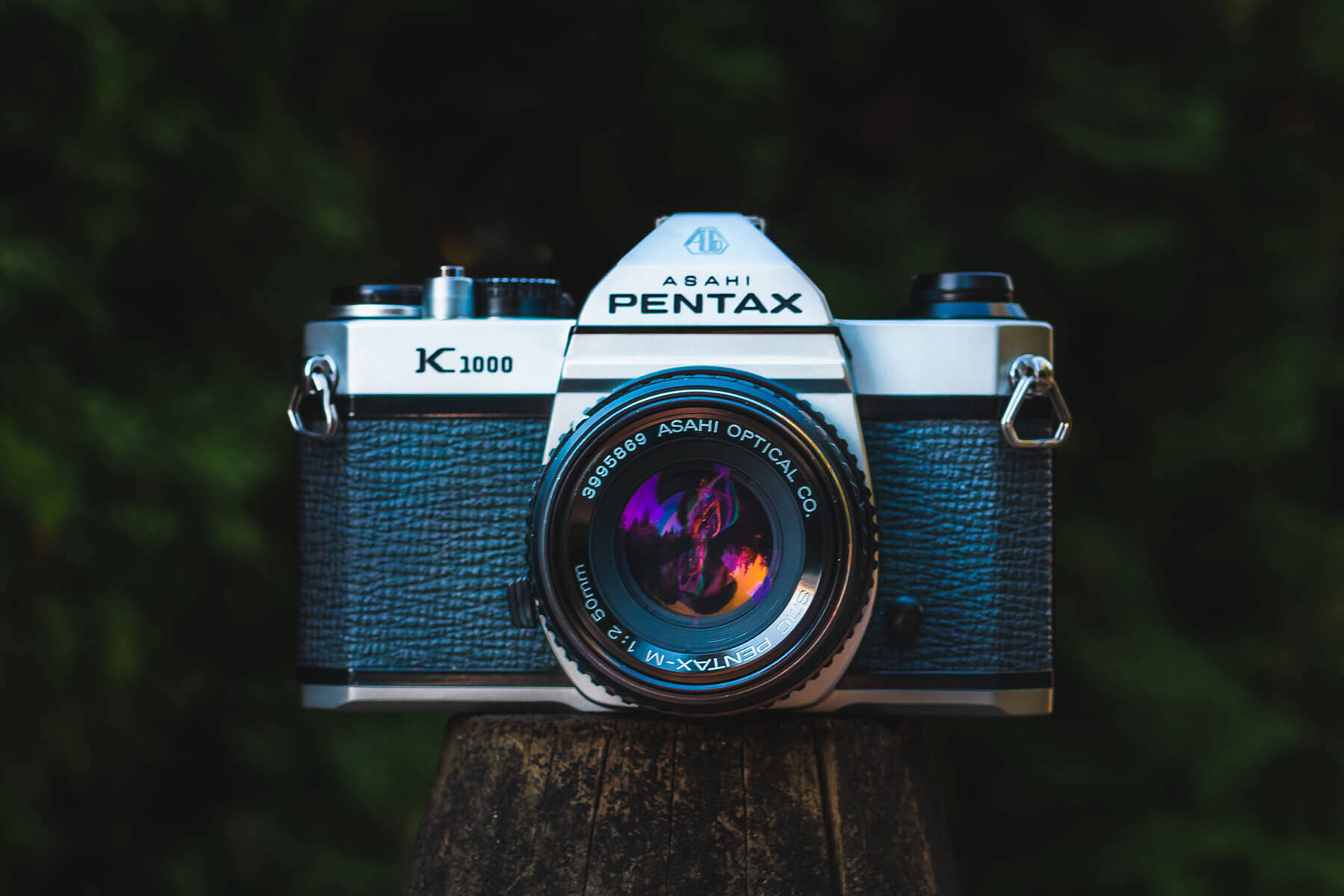 The Olympus OM-2 is considered by many as one of the best film cameras of all time. It’s as compact as today’s mirrorless models, as well-made as you’d expect from the camera giant and as strong a performer as they come.

Offering a little more than manual-only film cameras, the OM-2 can be shot completely manually, but there’s also an auto setting which will put the camera in aperture priority mode. As such, an exposure compensation dial is also featured.

One downside to the OM-2 is that its mirror will lock up without battery power, rendering it temporarily unusable, but that’s easily resolved by carrying a spare. Another quirk of the camera is that shutter speed is selected using a ring found around the base of the lens mount, rather than a drive on the camera’s top plate. 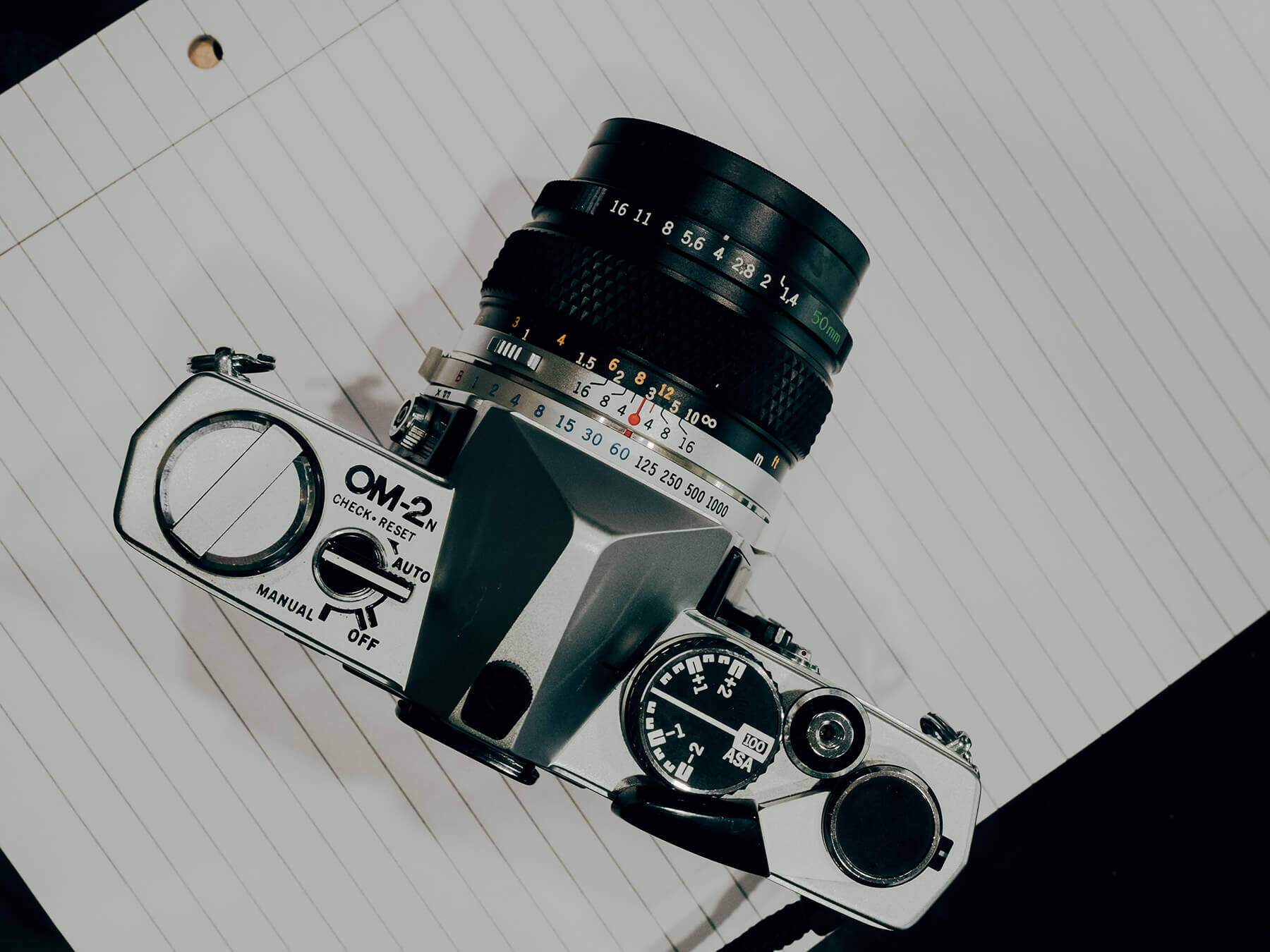 Only a few cameras will go down in history as truly revolutionary, but the Nikon F4 is most certainly one of them. To look at, the F4 may seem more like a mid-2000s DSLR than a 35mm produced in 1988 and that’s because it paved the way for much of the design and functionality of those cameras to follow.

A whole batch of innovative features are present that won’t be found elsewhere on this list – more than we can cover in detail here. But broadly these include, three metering modes, burst shooting, auto film winding, shutter speed up to 1/8000sec and more.

Another big draw for many is autofocus capabilities. On a similar note, the F4 is compatible with almost every lens Nikon has ever made, though be aware modern lenses with no aperture ring will limit the camera’s modes.

Despite such a broad feature set and the camera’s professional price tag at the time of its release, you can find a Nikon F4 online for under £200 body-only, or typically around £250 with a lens.

The compromise here is size and battery power. While relatively easy to handle and with well-laid-out, completely physical controls, the F4 is a large, fairly heavy camera – particularly compared to others on this list. All the extra features are a more significant drain on battery life, too. Cameras don’t get much more beloved than the Canon AE-1 Program, a real all-rounder of fantastic quality. Made in 1981, some of the frills that came with later cameras aren’t there. Instead, in a fine balance, it offers advanced enough support when it’s required and the manual hands-on approach when desired.

Like its predecessor, the AE-1, the AE-1 Program can be used manually, with the addition of fully automatic exposure and autoexposure lock. Other beneficial features include exposure suggestions (shutter speed and aperture) within the viewfinder at the press of a button and a lockable depth of field preview.

The Canon AE-1 Program is fairly widely available and as such, not overly expensive. If you’re lucky, you may find a body with lens for little over £100. While film photography can be a nice aside and a refreshing change to your digital photography, the truth is, there’s a lot of scope. There are many up-and-coming young pros who favour film almost exclusively.

There’s a huge world of vintage film cameras beyond the cheap introductory models listed here, too. There are professional rangefinders like the Leica M3, considered by many to be one of the greatest cameras of all time, modular medium-format systems like the Mamiya RZ67, an ideal choice for serious portrait or landscape photographers, and much, much more.

In its entirety, it’s a world that deserves exploring, and just maybe it will have a lot to offer you in return. 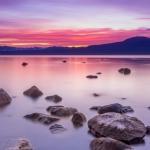 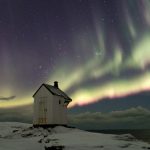 There are many facets of street photography, and street portraits are on the rise....

MPB: Second to none

MPB is very good at buying and selling used equipment. So good, in fact,...

Despite living in an online age, camera stores such as London Camera Exchange, winner...
Read Here