The essential portrait lighting styles you need to know

Lighting is key when it comes to portraits and, whether you’re in the studio or out on the streets, there are a few essential styles you need to know.

What do you think of when you want to take a portrait? Finding an interesting-looking subject? Shooting them from their best side? Placing them in a surrounding that tells a story? Those are all good, but there’s one factor you’re probably overlooking – and it’s a big one.

When it comes to the portrait, lighting is king. It doesn’t matter whether you’re in a studio with full control or out in the wild just controlling what you can, there are a few essential lighting styles that will drastically improve your photos of faces.

Now, we don’t feel it’s necessary to have to spend lots of money in order to take good photos – though we can happily recommend some great kit – and as such, all of these techniques can be done with just one light, and many with only a reflector.

Naturally, if you’re using a reflector, you’ll need strong natural lighting and your effect will be more subtle. Also, while using your reflector, you’ll have to position it in the most direct light, which will dictate the position of your model in turn.

Broad lighting is one of the most basic and widely useable styles. It’s easily achieved and produces a simple, natural look. It can be used in almost any situation, but it works particularly well when you want to broaden the subject’s face and features, as the name suggests.

To achieve this style, have your subject turn their face slightly from camera and light the broad side (ie the side you can see most of) from roughly 45° to the left or right of the camera, depending on which way the model is facing. 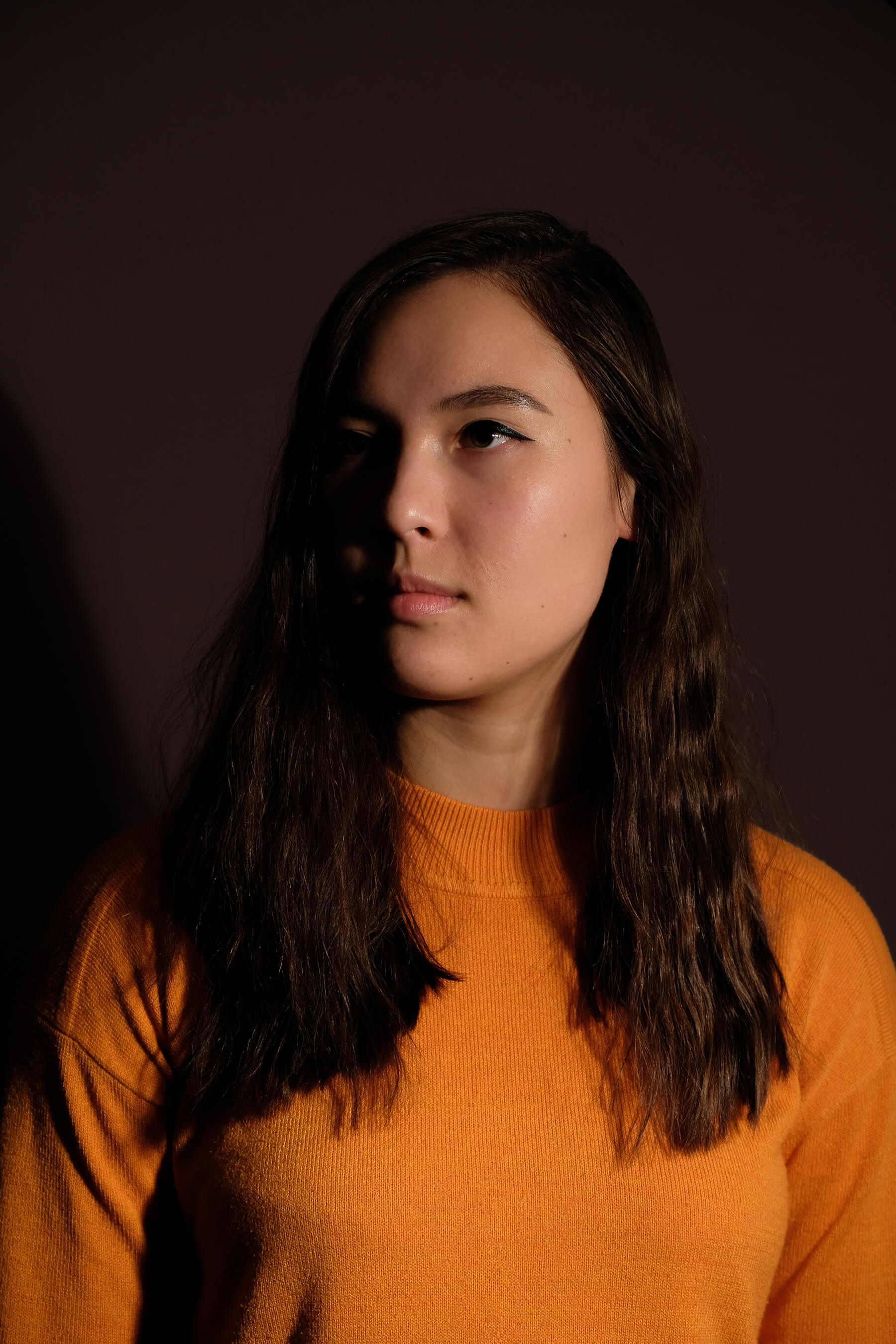 As you may have guessed, short lighting is similar to broad lighting – in terms of how it’s achieved at least. In terms of effect, though, it’s drastically different. Short lighting makes the subject’s face appear narrower and also throws a shadow over the side of face closest to camera, which can produce dramatic results.

To set up short lighting, have your subject turn away from camera just as you did with broad lighting, but instead of lighting the closest side of the face, light the side that’s turned away, once again from roughly 45° left or right of camera. 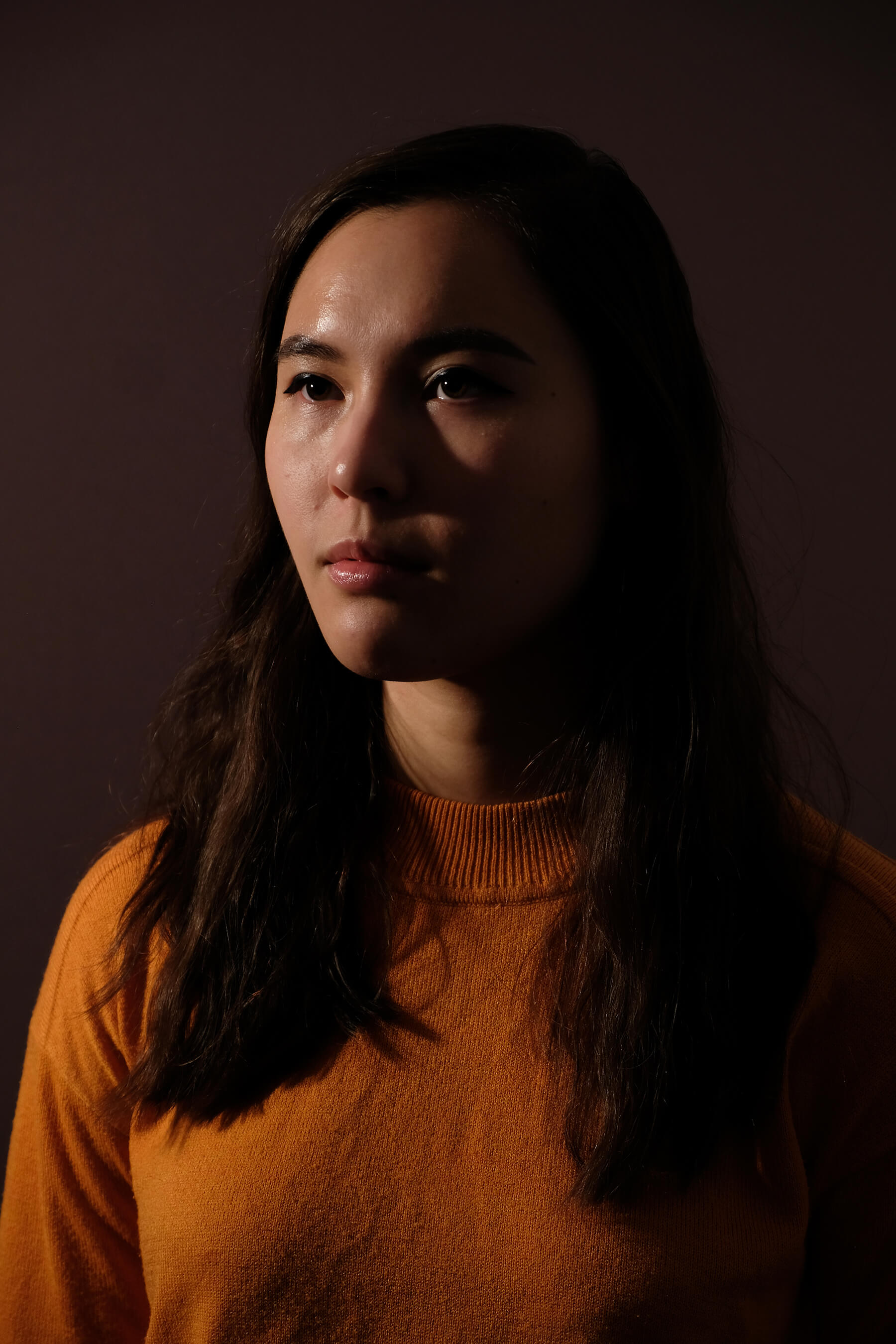 If you’re looking for a dramatic portrait, split lighting should definitely be considered. This style does exactly what the name suggests and splits the face in two, with half in light and half in shadow.

Split lighting is very simply done. Have your subject look straight towards camera and light them directly from their left or right. 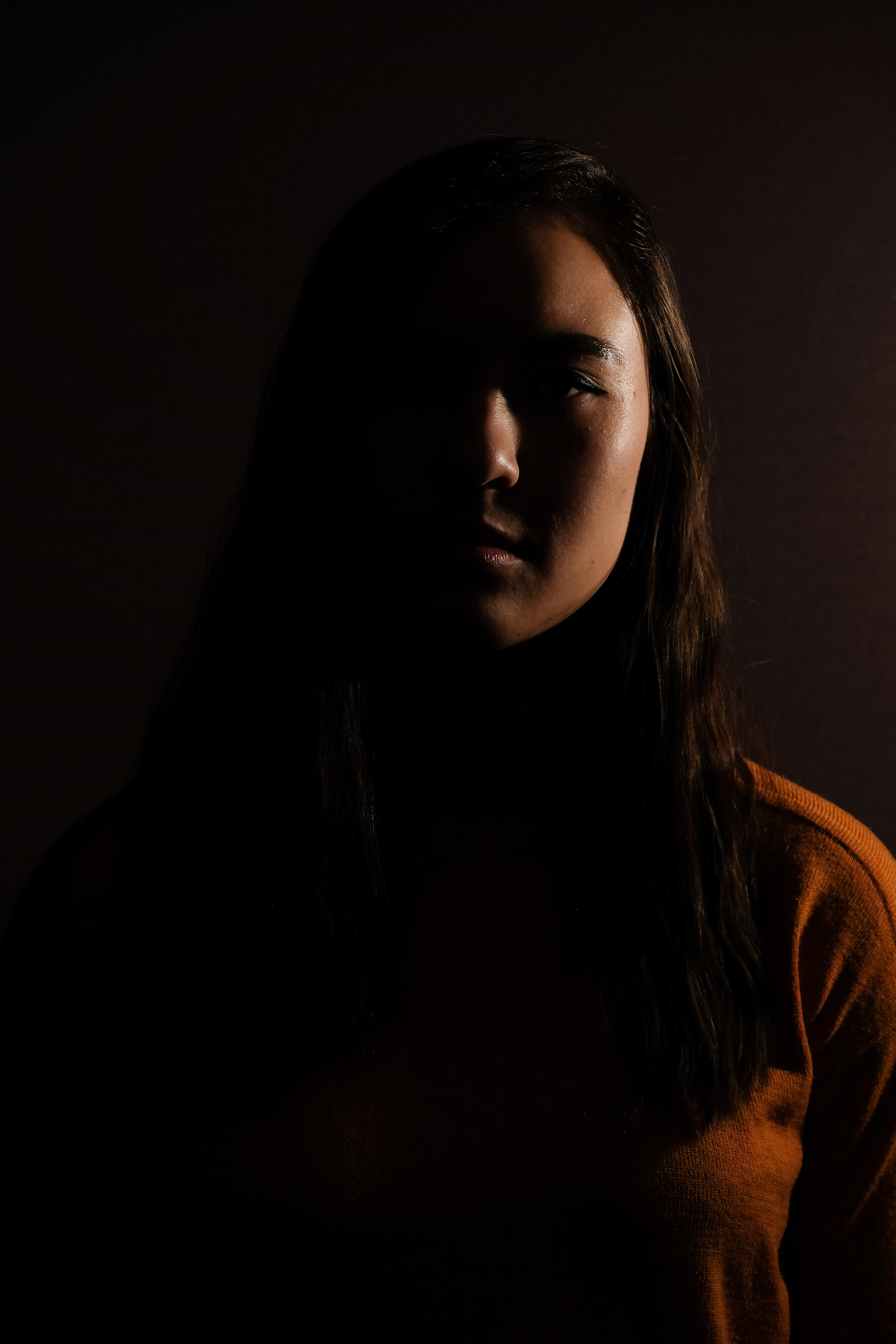 Butterfly lighting tends to be a little less dramatic looking than other styles on this list, instead, offering a soft, even lighting that’s often associated with glamour shots. You’ve likely seen butterfly lighting many times in Hollywood headshots. It’s named after the small butterfly-shaped shadow under the subject’s nose, with distinctive and often flattering shadows under the cheekbones, too. 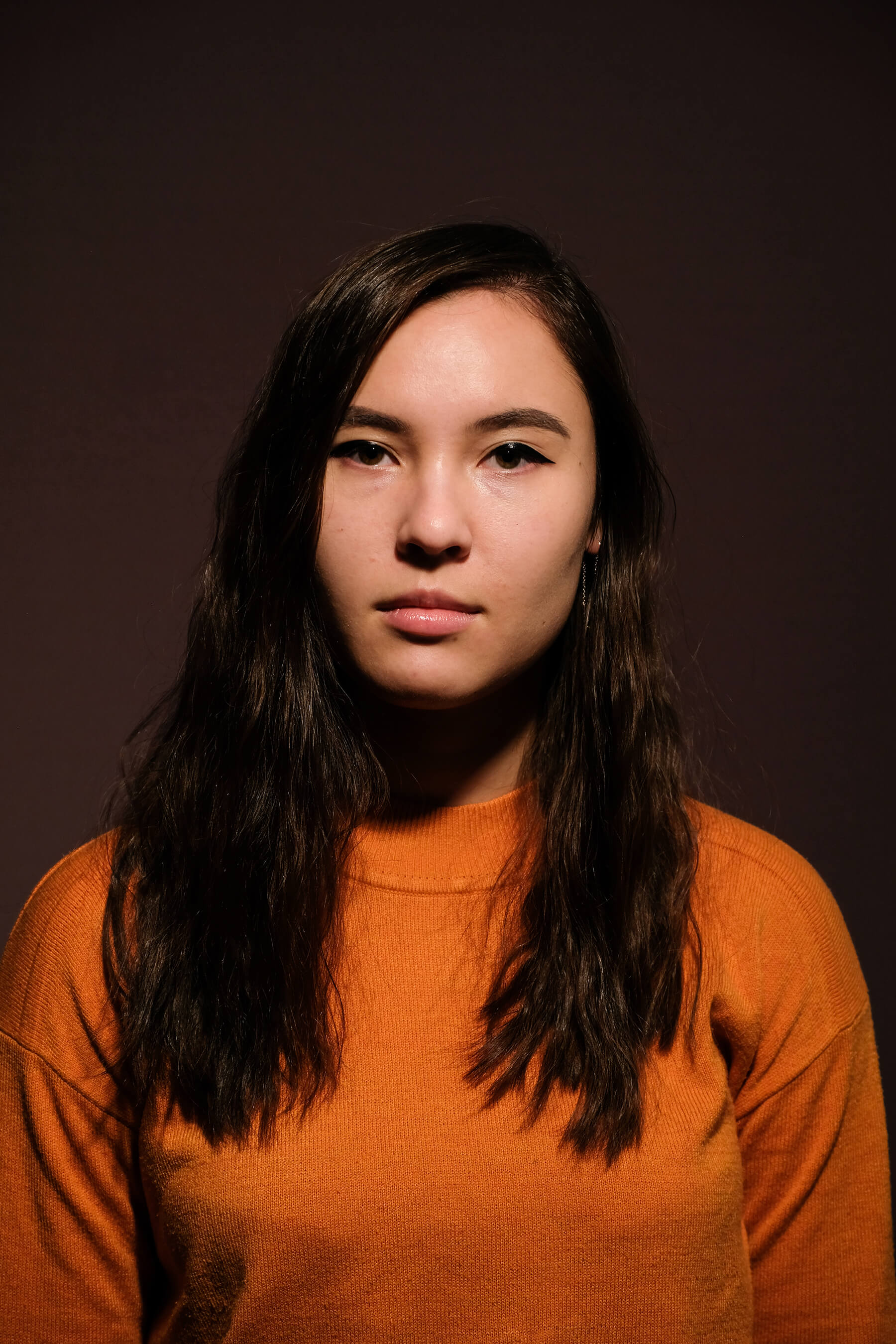 Similar in look and method to butterfly lighting, loop lighting creates the same soft and flattering effect, with the addition of some slight edginess in the form of diagonal shadows beneath the nose and on one side of the face.

Loop lighting is achieved by lighting your subject from a high 45° angle, just like butterfly lighting, just slightly to the left or right. 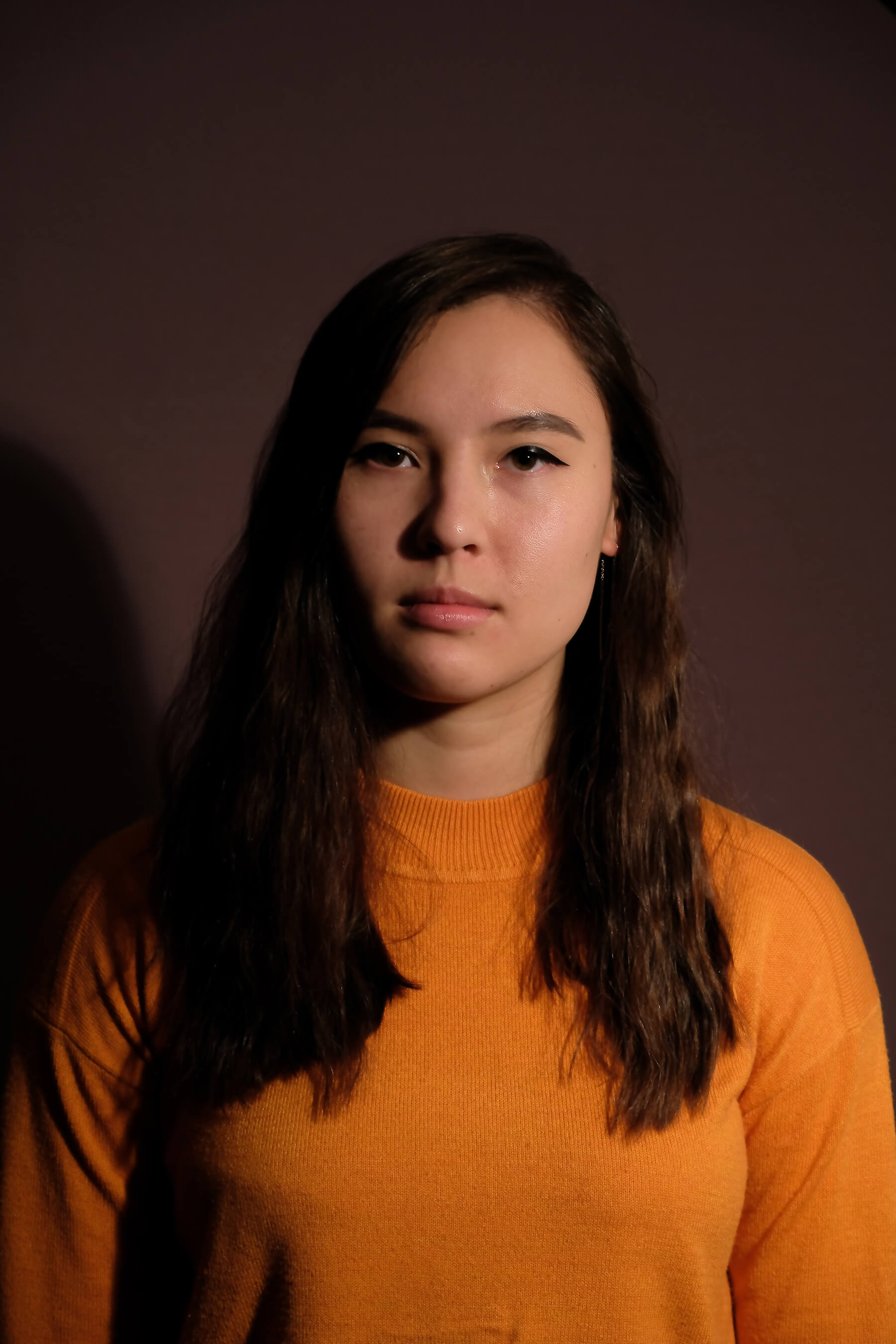 This lighting style is based around the artwork of Dutch Golden Age painter, Rembrandt. It can be seen in many of his portraits and has translated from canvas to camera well. Rembrandt lighting is easily distinguished by the iconic triangle of light it creates on a subject’s cheek. It’s moody, it’s engaging and it’s been a classic for over 300 years.

Achieving Rembrandt lighting is completely reliant on the light’s position in relation to the subject. That’s to say that the angle you photograph from doesn’t matter. Set your light up between 45° and 90° to the left or right of your subject and at a fairly high angle. It’s likely you’ll have to finesse both the angle and height of the light until you create that perfect triangle of light using the shadow cast from your subject’s nose. 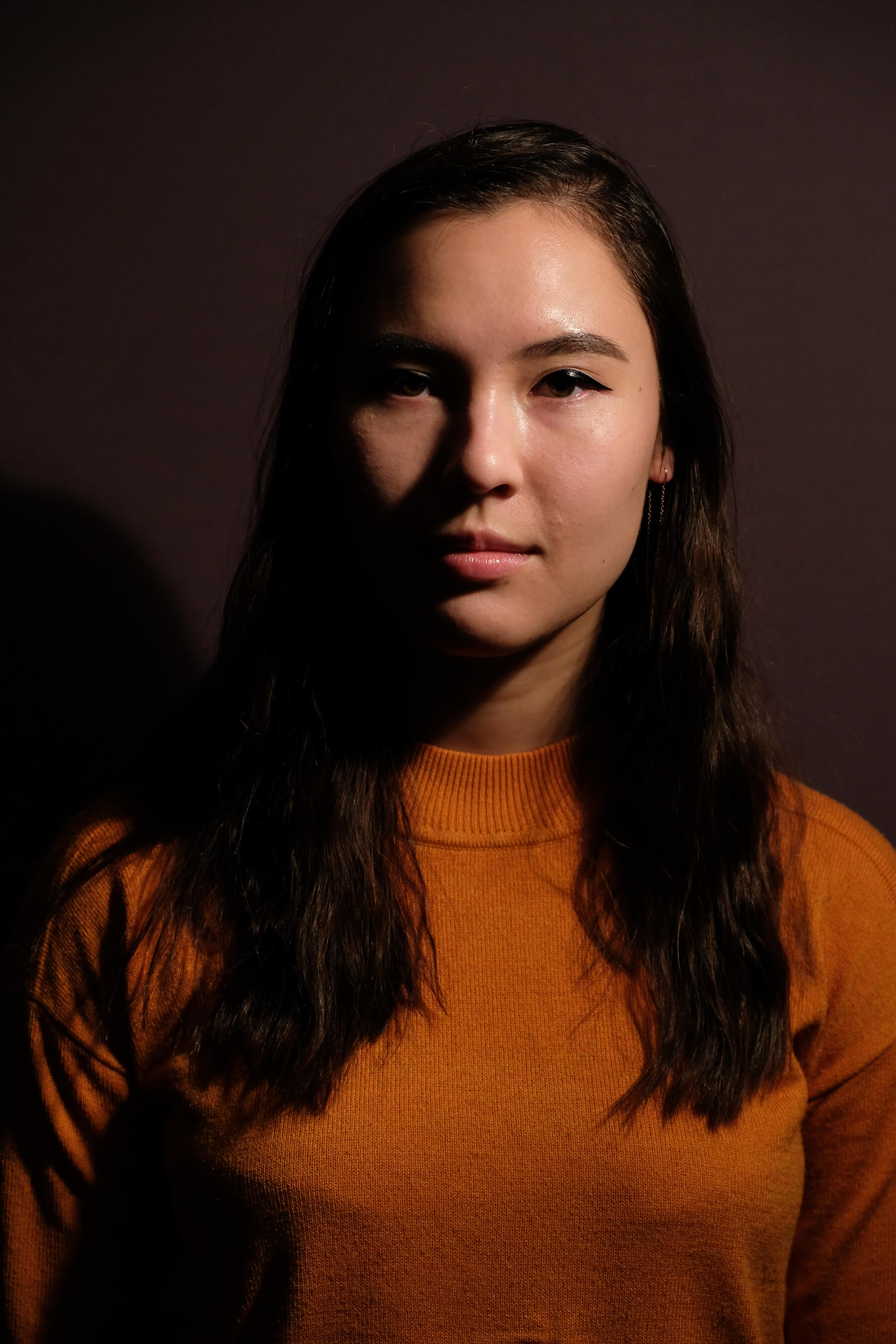 Rim lighting isn’t often used given the very stylised look it creates. Barely anything of your subject will be visible, but this can work fantastically in the right circumstances – if you were trying to portray a subject such as a sportsperson or dancer, for example. In instances such as this, their silhouette may say everything you want your portrait to say.

To create rim lighting, simply position your subject directly between the light source and your camera. 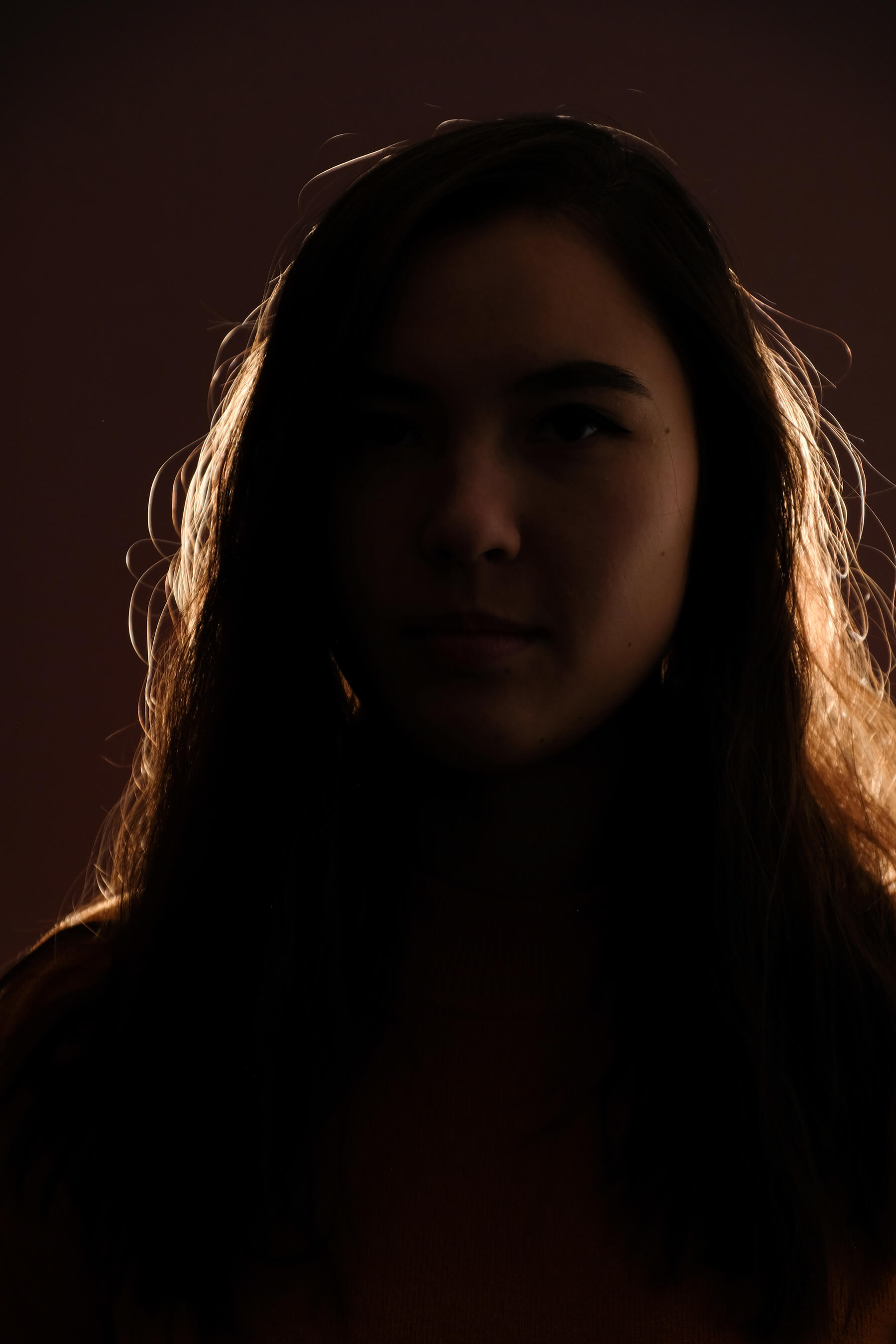 Before you grab your light and start trying these portrait lighting styles out, there are a few things to consider. If you are going to use just one light, multiple or even a reflector, it’s important to know your options and limitations.

Unsurprisingly, if your only tool is a reflector, you’re going to have much less control. Your lighting is going to be far less strong than an artificial light source and therefore – in most cases at least – less dramatic. Don’t be disheartened or feel pressured to buy a light immediately, though. You can definitely light beautiful portraits using only a reflector.

If you are using artificial light, you should certainly consider the intensity of the light (and by extension, shadows) among other factors. This is determined by power, by accessories such as a softbox, umbrella or honeycomb, and by fill lighting, be it from a reflector or second light. For more creative portraits, coloured gels can even be used.

Any element of your lighting, from style to specifics, should be dictated by what you want to achieve from your portrait – what do you want to show in your subject, why and how?

If you liked this, have a look at some of our other technique guides.

When you put these tips to good use, show us! Tag us in your portraits on social media using the handle @PhotonewsPN. 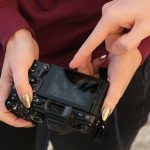 The ultimate guide to camera lenses 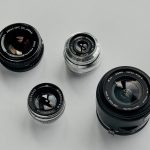 Sooner or later, you’ll have to trade in your beginner camera for a more...

On the podcast, Will, Kingsley and Roger challenged each other to a self-portrait competition....

Use intentional camera movement for expr...

In most cases, a blurred frame is the worst possible outcome of a photo,...
Read Here