How did you become a sports photographer?
Photography has always been a passion of mine, but professionally I was a late bloomer. The passion was ignited in 1990 when in one of my first jobs after college (I worked in television) I ended up working in Mexico City and happened to meet an English sports photographer there who had recently left Allsport (soon to be Getty) to work for himself.

I was in awe of the material he and his colleagues produced but I never thought I would ever end up shooting it myself. It felt like a pipedream and getting on with “real life” was my destiny. When I returned to England the bug never left me and I started working for a local newspaper for nothing predominantly covering one of my local football teams (Fulham FC), honing my technique and making plenty of mistakes.

I would work there part-time evenings and weekends whilst working at the BBC. I took a punt whilst flying high(ish) in television and left a well-paid job and took the plunge in 1999 to try my luck as a freelancer and soon realised that being “poorer but richer” was the way to go – I loved it and thought I was quite good at it.
After the turn of the millennium, I scaled up and recruited more photographers and formed BPI in 2003 (same year Jon Oringer founded Shutterstock) where we matured as a business and made quite an impact on the domestic market in the UK. Whilst others were contracting, I was happy to take financial risks to expand the coverage and the library. In time, we were winning contracts and getting work from bigger, more established players until I brought my operation into Shutterstock (via Rex Features) on Jan 1st 2016. 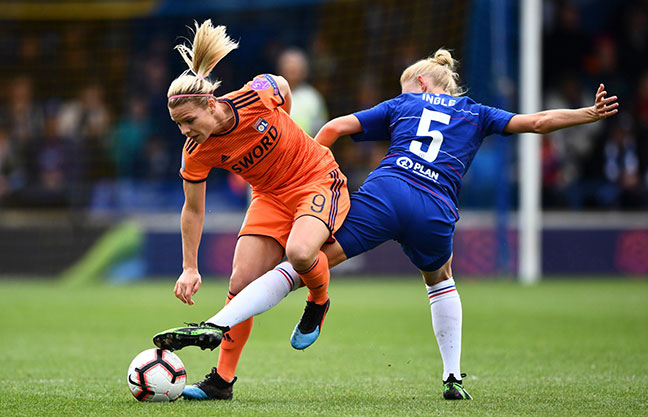 How many Women’s World Cup’s have you photographed?
We had a photographer helping us on England matches at the last event in Canada in 2015 but this is the first one we are covering “properly”. The last 12 months has seen a sea-change in Women’s Football and we have recognised its importance by dedicating more resource and effort than ever before.

How have you seen Women’s Football change as a photographer over the years?
5-10 years ago in the UK, the Women’s game was way behind the US. There was proportionally less participation and a system not really designed to grow the professional game effectively. In the last couple of years, the UK domestic game has improved dramatically, thanks in part to more financial commitment (Barclays recently announced a major sponsorship deal), recognition of the value of the game from the FA and the Premier League clubs, as well as broadcasters seeing value in showing matches live. It has come at a perfect time as men’s football at the top level is in danger of pricing out traditional fans – the Women’s game is being seen as a very effective way to re-engage lost supporters as well as building a fan-base with a younger generation.

I love how at the top level of the domestic game, the WSL (Women’s Super League), sees top stars happy to engage with fans and take selfies, etc. straight after matches. The Men’s game at the top is inaccessible to fans in this most direct of manners. My daughters have engaged with the Women’s game precisely because they feel that they can get close to the stars. The other major change is that the Women’s game has improved in terms of tactics and fitness – many of these ladies are full time professional athletes. Whereas before fitness and skill levels were very variable, adopting more girls’ football in schools and pushing talent through to the men’s clubs has combined to improve the whole game. 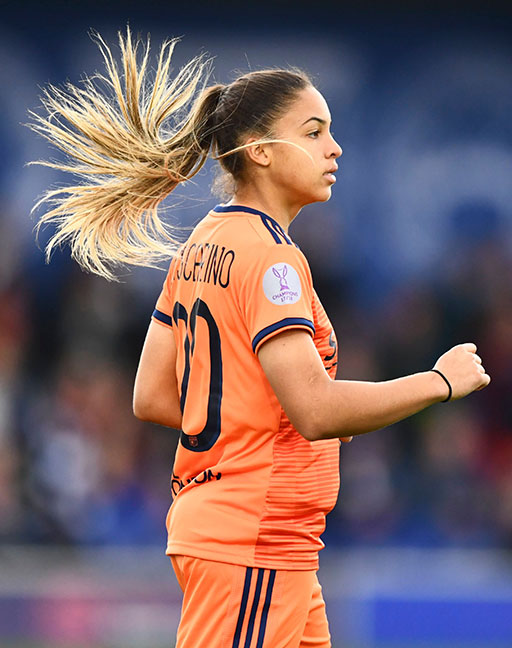 Are there any specific shots you try to get on the pitch?
The Women’s game is different on many levels – all positive – and I like to emphasise the idea of femininity and power not being mutually exclusive. Strong women looking strikingly athletic in sports is nothing new of course, but it’s in the traditionally male game, like football. For example, I like nothing more than an action shot taken in beautiful light with opposing ladies battling for possession with ponytails in the air creating great shapes. I also like to emphasise the differences when it comes to fair play. The women and men are equally competitive, but the former tend not to roll around feigning injury to try and con match officials – something that blights the men’s game. A little like many women we all know, they just get on with it! Generally, women’s matches are played in a more sporting but no less competitive manner – I just hope that this fairness remains as the stakes get higher and more money comes into the game. 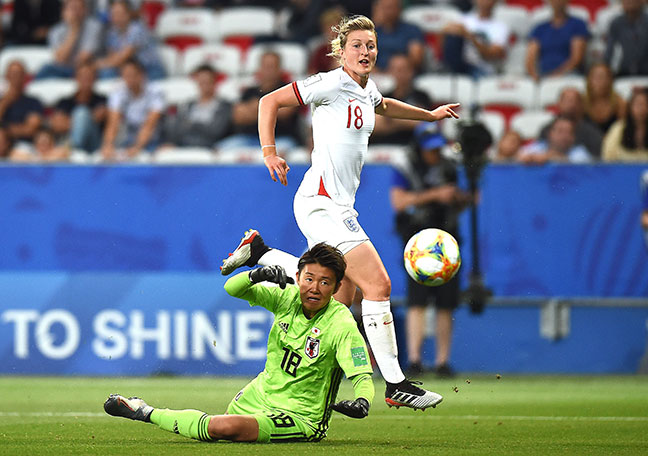 Can you explain a photographer’s workflow at an event like this? How are images shot, edited and finally shared?
It’s so important to be prepared, having the right equipment and positioning yourself in the right spot is key, but ahead of a match in tournaments organised by the likes of FIFA or UEFA (World and European governing bodies of football respectively) your position on the pitch or in the stand is pre-selected. Once you have chosen your spot, there are a couple of options for image delivery which are dependent on variables such as the teams involved, kick-off times, weather conditions etc.

Generally speaking, our photographers process and edit live shots themselves – ingested direct from cameras to laptops and sent direct to the “live delivery” FTP (File Transfer Protocol) which simultaneously delivers shots direct to market for customers to license.

However, for major sports events (like the Women’s World Cup), time is of the essence and we will use editors to help process images. Our workflows don’t necessarily require hundreds of shots processed quickly, it’s a different discipline. Live sport requires the right “moment” to be sent quickly to illustrate the sports news element of the event (a goal, a celebration, a key incident, a trophy lift) and it is always a balancing act to ensure that there is no delay in delivering the right moment. By editing themselves, the photographer is balancing the risk of missing another big moment. An editor isn’t necessarily faster, but they may be able to process more images during the course of a 90-minute match. Especially when it’s raining, an editor can be invaluable!

Given the high media interest in this year’s tournament, we have been using an editor to help the process along. For example, we had one shot in particular from the England versus Japan match that was published widely thanks to the use of a sports-savvy editor.

Communication is key to ensure that the photographer highlights the relevant shot and the editor captions, tweaks, and moves it to market within 60-180 seconds of the shot being taken, assuming everything else is working smoothly at both ends. How do you create images that are different from other photographers with the same access as you?

This is always a challenge, but I have developed a few loose rules over the years that have helped me.

1. Vary the lenses you choose to use – Sports workhorse lenses tend to be a 400mm F2.8, a 70-200mm F2.8 and a 24-70mm F2.8. However, the main camera manufacturers produce a huge range of different lenses that give you many more options. I can’t remember the last time I used the lenses mentioned for sport and it has given me a point of differentiation to my fellow pros.

2. Don’t just follow the ball – it is tempting to just track the path of the ball during a football match, but it means you are disregarding some potentially great shots.

3. Deliver something nobody has – every event I shoot I strive to have something non-traditional. Sometimes it works, sometimes it doesn’t. Try something different, that could be concentrating on a shaft of light, having my back turned to the action to capture a fan reaction, or something completely random. Just because our first port of call is the editorial market, never be afraid to deliver something creative. Being a creative photographer and an editorial photographer doesn’t have to be mutually exclusive.

4. Don’t follow the crowd – find somewhere different to sit, where permitted. Look at the light available and make your call, if you have the freedom to choose your position.

5. Expect the unexpected, then react accordingly- as soon as you think a particular match or event will end the way you expect it to, along comes something to turn it around in the blink of an eye. I liken it to being a goalkeeper facing a penalty shot in football. Stay on your toes and be prepared to make a split-second decision to dive left, dive right, or not move at all.

Being hyper-aware of everything around you matters more than you would think. As odd as it may sound, you need to use both eyes and both of your ears to help you get the best picture! 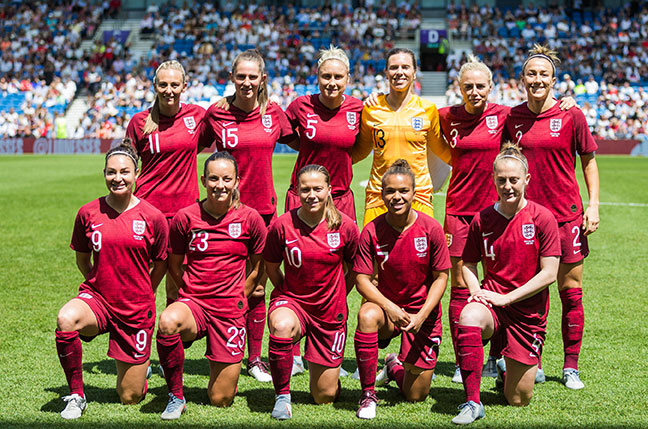 What are your sources of inspiration and philosophies?

I have always been in awe of the work of many war photographers over the years, both from the visual impact as well as the psychological effects. I think photography is like musical preferences, it varies depending on your mood and time of day.

I can be moved by something visually striking and thought-provoking as much as something mundane if it resonates on a very personal level (usually family or relationships or something significant in my past) so “influences” for me are constantly fluid.

In terms of philosophies – work hard, carry yourself properly and never be afraid to break any traditional photographic conventions, if the picture pleases you!

Print perfect prints with a lab: One Vision Imaging