The Royal Botanic Gardens at Kew offer great imaging opportunities all year round, even in the depths of winter. To prove it, Photography News editor Will Cheung took along the new the Olympus OM-D E-M1 Mark III for a shoot.

Kew Gardens to the west of London is a fabulous place to visit any time of year. Naturally, the imaging opportunities vary from season to season, but there’s content to be had at any time, and even if it’s pouring with rain at the time of your visit, there’s no lack of indoor potential. So, with the new Olympus OM-D E-M1 Mark III for company, I grabbed the chance to produce a short video to showcase my visit, as the new camera is richly featured for both still and video shooting.

As a stills photographer with limited video experience, I find cameras like the Olympus OM-D E-M1 Mark III ideal for producing pro-quality multimedia content. The camera’s many auto features mean I can shoot video without having to stress about the technical side and can concentrate on the creative stuff.

Typically, on the day of my shoot the weather was dismal and damp. Anyway, I had no concerns about the OM-D E-M1 Mark III, because it is weatherproofed – it’s IPX1 tested, so will continue working with water drops falling on to it.

I had packed three M.Zuiko Digital ED lenses, the 12-40mm f/2.8 Pro, 9-18mm f/4-5.6 and 60mm f/2.8 Macro. When I say packed, I actually mean pocketed, because they are so compact they just slipped into the pockets of my outdoor jacket. The OM-D E-M1 Mark III has an updated in-body image stabiliser (IBIS) using the same gyro found in the flagship OM-D E-M1X and offers 7EV benefit with Micro Four Third lenses.

Setting up for video shooting was simple. The video mode can be accessed either via the main exposure mode dial or by just pushing the record button, which is quicker and means I can shoot stills in aperture-priority AE and start video shooting without taking the camera down from my eye. When you have enough footage, hit the red button again to stop filming or, if you want a still, just press the shutter release to take a full-res still image and stop videoing.

This camera supports OM-Log400 shooting, which helps deliver footage with detail in shadows and highlights and, even though I was not shooting in bright light, having that editing option was welcome.

The camera’s image stabiliser proved a boon for video and the results were smooth, even with footage I shot panning or walking around.

The lighting conditions, particularly in the Palm House when I was shooting close-up details using the 60mm f/2.8 Macro lens, were nothing to write home about, so the OM-D E-M1 Mark III’s IBIS proved invaluable and so did the camera’s good high ISO performance. I used ISO 800 and ISO 1600, and checking on screen showed that such speeds yielded impressive image quality.

For my still shooting, I had the camera set to give Raw and JPEGs, shooting in aperture-priority autoexposure mode, multi-zone exposure metering and single-shot autofocus using one or five focus zones. I manually adjusted ISO.

Whether shooting stills or video, the new camera’s autofocusing system, with its 121 cross-type phase detect sensors, proved very good, even in the poor light indoors. Touch AF and the new multi-selector or AF joystick proved really useful, too, especially when faced with the challenge of shooting details.

A couple of hours shooting with the new OM-D E-M1 Mark III showed it to be a lovely, responsive and very capable camera to use, and the results here and on the edited video are testament to that. I hope you’ll agree.

The Olympus OM-D system has all the tools to help shoot stunning stills and video and that’s what I wanted to bring together for my short video.

During this shoot at Kew Gardens, I spent the most time with the M.Zuiko Digital ED 60mm f/2.8 Macro on the OM-D E-M1 Mark III. The camera’s responsive continuous autofocus proved really responsive and did a great job, even with the challenge of areas of even tone in poor light.

The OM-D EM-1 Mark III has an extensive and impressive feature set, but my needs for still shooting are quite modest. They are: Raw image format, aperture-priority autoexposure mode, multi-zone metering, auto white-balance and single-zone autofocus. With its intuitive handling and enhanced Super Control panel, camera set-up is a speedy process.

For video, I went to the Video Menu>Specification Settings. Here, you set 4K (or Full HD or HD if you prefer) where there is also the choice of different frame rates. While you can start shooting video regardless of what’s set on the exposure mode dial (with the exception of B), by pushing the record button, a default exposure mode and focusing mode can be assigned to video shooting, too.

3. Steady as you shoot

Smooth video shooting is helped greatly by an effective in-body image stabilisation system and the OM-D E-M1 Mark III has one of the world’s best, with the sensor and new TruePic processing engine working together to give 7.5EV benefit with Sync IS and 7EV benefit with all Micro Four Thirds lenses. For this shoot, where there wasn’t much light about, especially in Palm House, so the OM-D E-M1 Mark III’s updated system proved a massive boon.

Pull focus technique – changing sharp focus from one part of the scene to another with a smooth transition – is straightforward thanks to the OM-D E-M1 Mark III’s impressive continuous autofocus skills and touch monitor. Face and Eye Detect also worked very impressively during continuous AF and accurately kept track of subjects.

There’s not always time to check every still or piece of video footage, especially when the light is fading, but it is always worth having the occasional look just to make sure you are getting what you want. The OM-D E-M1 Mark III proved a very capable companion and its lovely touch monitor showed I was getting first-rate results.

An OM-D EM-1 Mark III, Olympus’s newest Micro Four Thirds camera, was used for this shoot. It is a professional camera with a feature set designed to fulfil the exacting demands of expert content creators.

The camera sensor has a 20.4-megapixel resolution and features a powerful new Olympus TruePix IX image processing engine for minimal image noise at high ISO settings and an image stabiliser that gives a 7.5EV benefit with lenses with Sync IS.

For video, the camera offers 4K or Cinema 4K (C4K) and supports OM-Log400 shooting for footage with full highlight and shadow detail.

As featured in issue 74 of Photography News. 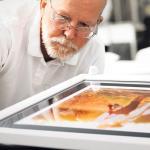 Five ways to prepare your images for printing 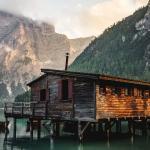 Shoot your Story with the Olympus OM-D E...

Shooting top-quality stills and engaging videos has never been easier – all you need...

Tokina: Top of the class

Tokina has an outstanding track record that goes back 70 years, but its eyes...

One of the UK’s leading rental houses is Hire a camera and it recently...

A good set of filters is a photographer’s best friend, and they don’t come...
Read Here