Shoot your Story with the Olympus OM-D E-M5 Mark III: London at twilight

Twilight is a great time to shoot pictures. There’s colour in the sky, building lights are on and shadows start to get dark and mysterious. But the thing is, time is of the essence because night falls rapidly; so you need a fast performing camera like the Olympus OM-D E-M5 Mark III, which is what Will Cheung used for his shoot.

Twilight, when the sun is below the horizon but still lighting up the sky, is a magical time for pictures. What’s more, every twilight, like every sunset or sunrise, is unique with colours, duration and intensity and you can get fabulously photogenic twilights even on dull, wet days.

Which is just as well, as the evening I chose to shoot the London skyline just happened to be cloudy and wet.

My aim for this shoot, as a long-time stills photographer, was to explore the creative opportunities of mixing still images with video for an eye-catching multi-media presentation.

I was shooting with the Olympus OM-D E-M5 Mark III so I was not concerned with the camera’s welfare because it is splash resistant, as are the M.Zuiko PRO lenses I was using, but there remains the issue of raindrops landing on the lens front. A microfibre lens cloth proved invaluable.

I had planned to start my shoot a little before the actual sunset time, even though the sun wasn’t in sight, on Tower Bridge before moving off to the area around City Hall. The 12-40mm f/2.8 PRO lens was perfect for general views of the London skyline on both banks of the Thames, and I swapped to the 40-150mm f/2.8 PRO for tightly framed shots of the office blocks. I did use a travel tripod for some shots because it was so windy, but also shot handheld. The place was busy with visitors and handholding let me achieve camera viewpoints and people-free shots that I couldn’t manage with a small tripod. 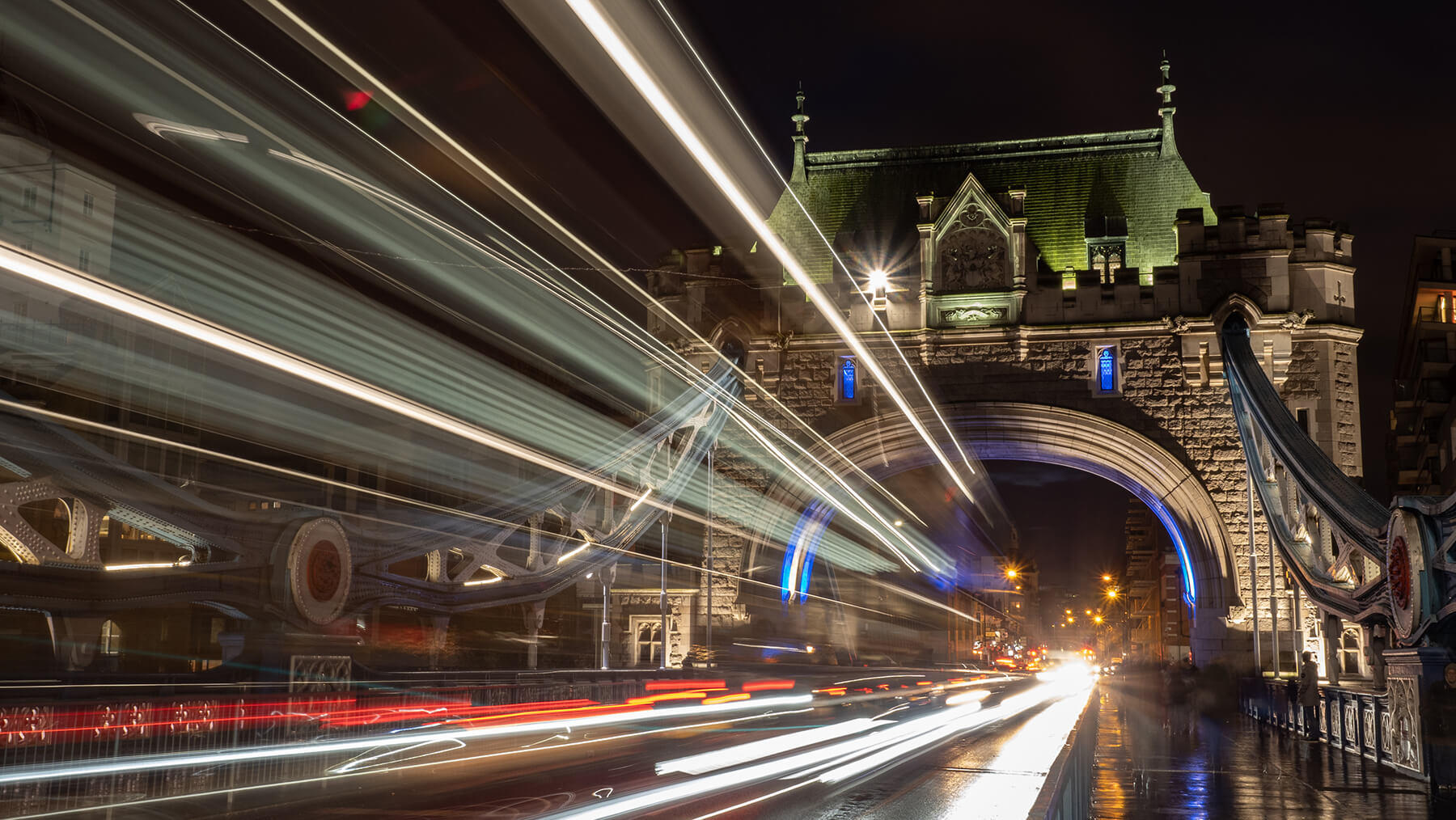 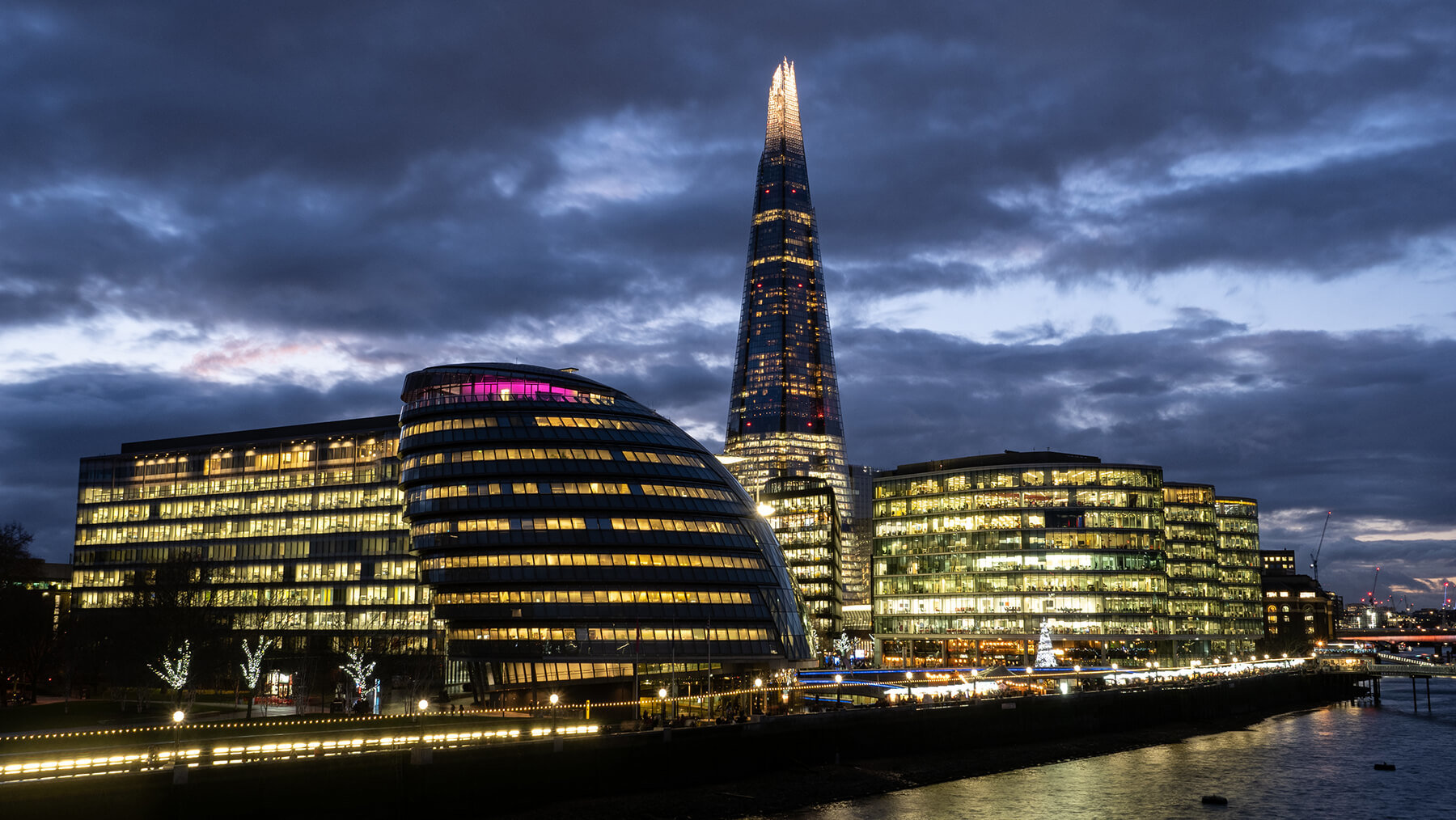 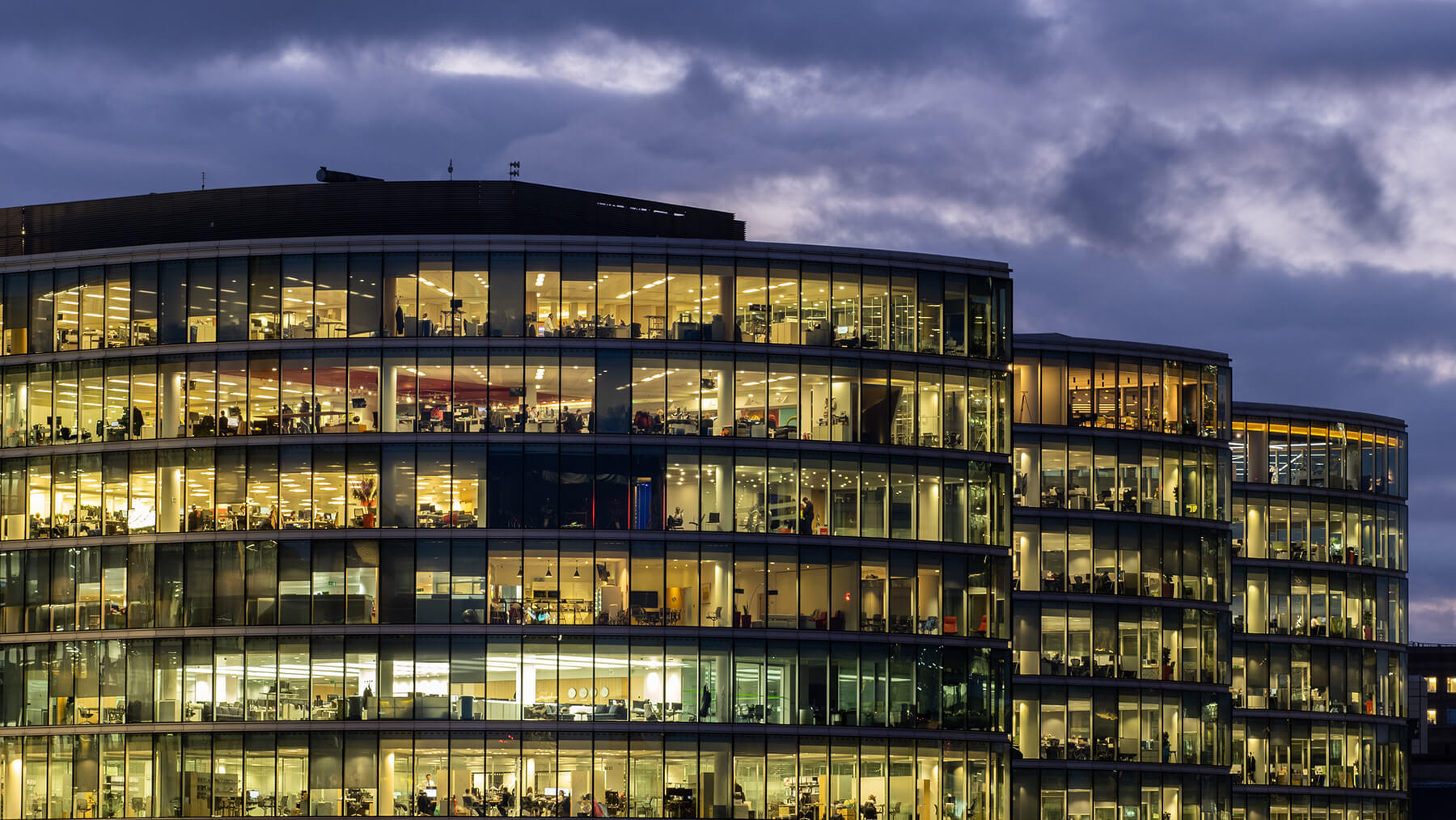 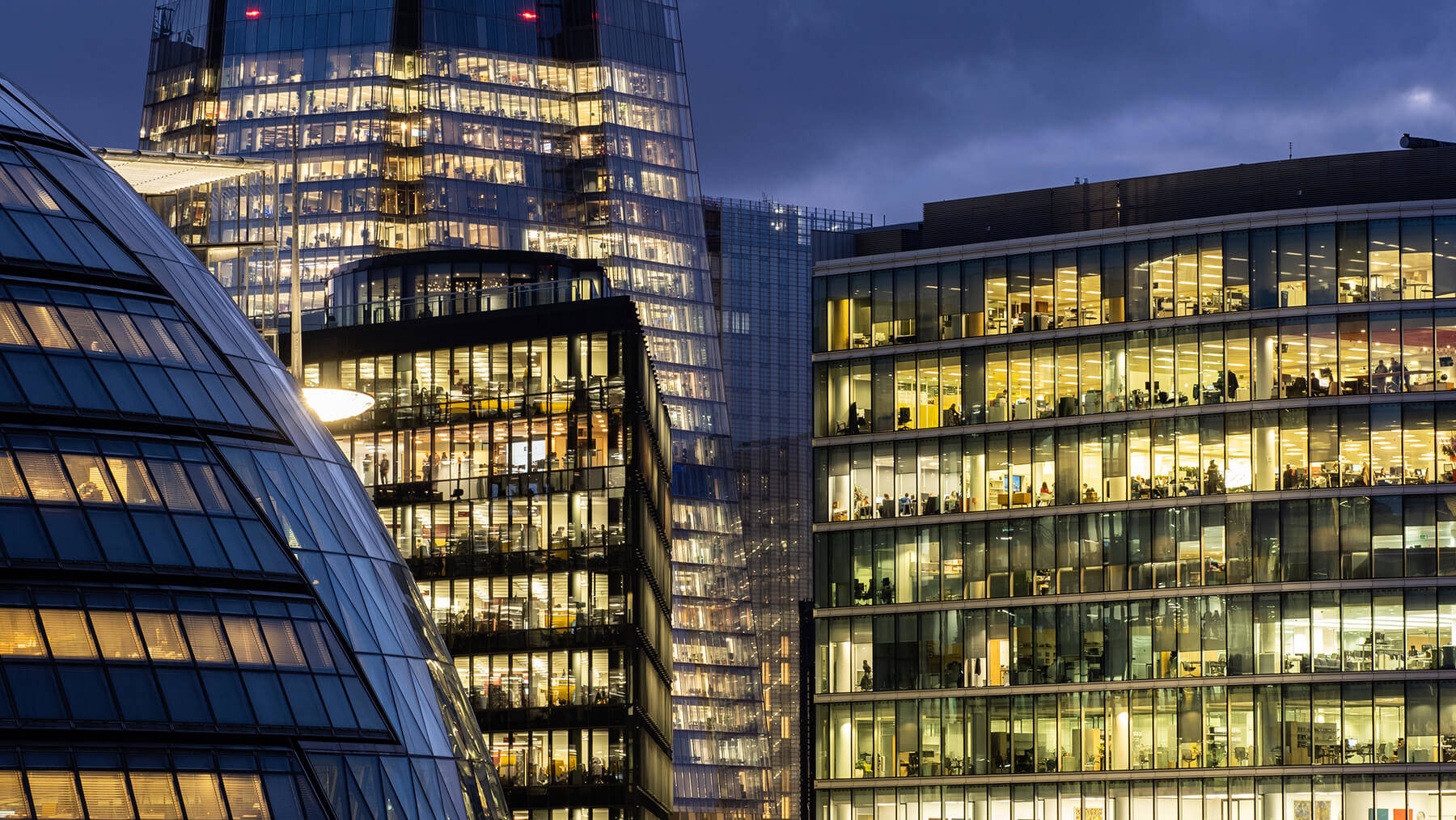 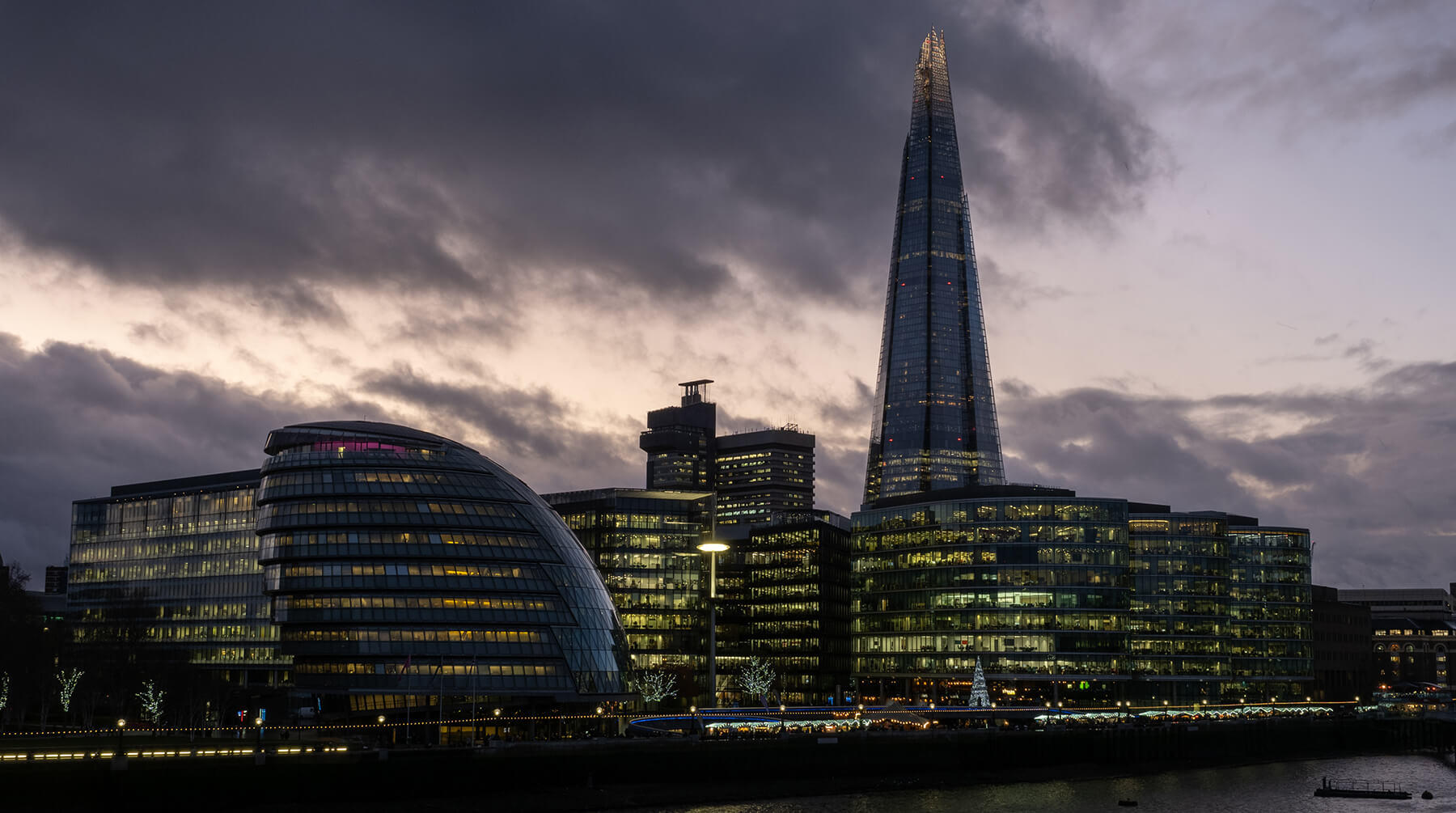 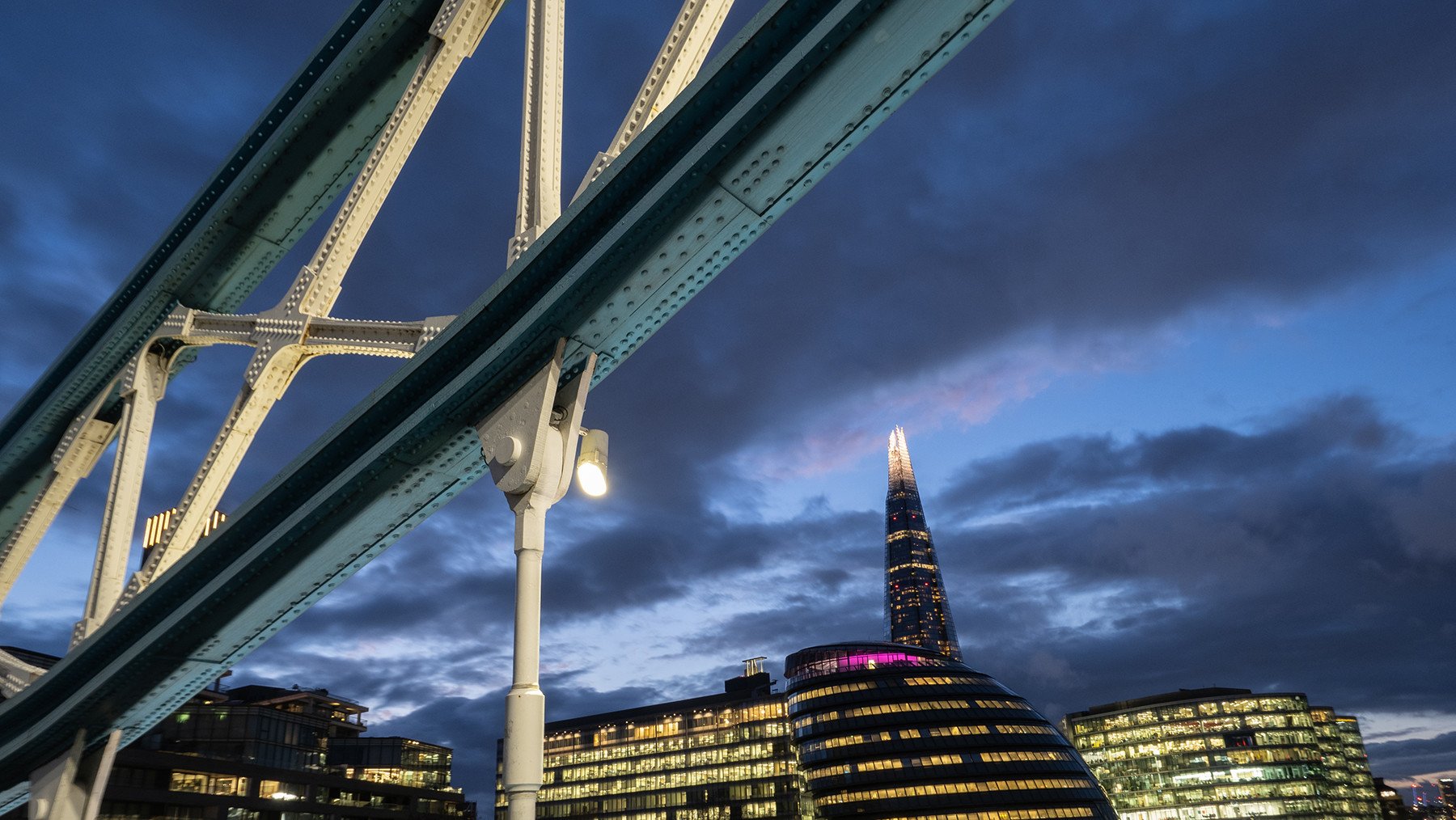 One big selling point of the OM-D E-M5 Mark III is its very effective five-axis, sensor shift in-body image stabilisation (IBIS) system with up to 6.5EV benefit with Sync IS-compatible lenses and 5.5EV benefit with other lenses. In practice this means successful handheld still shooting even when the light levels are very low, while for video you get smooth, judder-free footage even when walking around.

I hoped that the sky would hold some colour for 30 minutes and that was about right because night quickly fell and the sky went brown-black from light pollution. What it did mean was that there was no time to dilly dally so having the camera set up and ready to go was doubly important. See how I set the OM-D E-M5 Mark III for stills and video shooting on the opposite page.

I’m pleased with my efforts. Getting quality stills and video in a short time is a challenge for a video novice, but having the right kit set up and ready to go certainly helps. The OM-D E-M5 Mark III didn’t let me down.

Shooting, whether you are doing stills and video, is easier when there is plenty of light around, so when the sun has set it is definitely more of a technique challenge to ensure top-quality results. With my aim here to merge stills and video, I took stills using the 16×9 aspect ratio to match the 3840×2160 pixels format of 4K video and this helped me get frame-filling compositions of the right shape in camera. The neat thing is that the camera captures full size 4×3 ratio images anyway, so you can still adjust composition and framing in post-processing.

1. Start with the stills

The OM-D EM-5 Mark III was set up in aperture-priority mode, to shoot Raw and with the 16:9 image aspect ratio. Of course, the aspect ratio can be decided in post- production, but setting it in-camera means the viewing image is masked, which helps accurate composition at the time of shooting. The camera still gives a full-sized Raw so you can still change your mind and refine your images later. 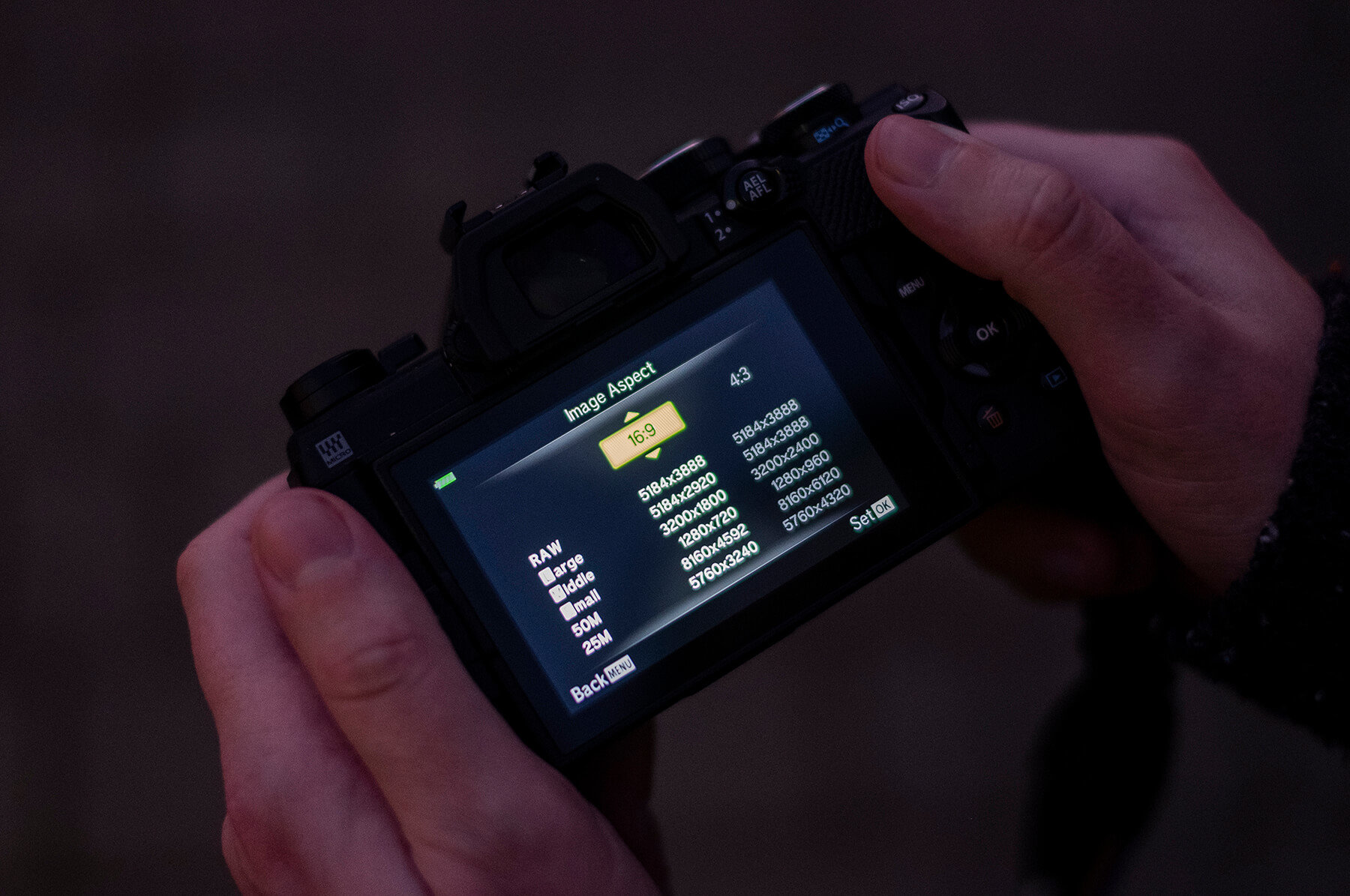 For the best video quality I opted to shoot 4K video, which is 3840×2160, the equivalent of eight megapixels. The set-up options are under Video Menu>Specification Settings. Here you set 4K (or Full HD or HD if you prefer) and there is also the choice of different frame rates: 24p, 25p and 30p are available. The higher rate will give smoother video but that also consumes more storage space. 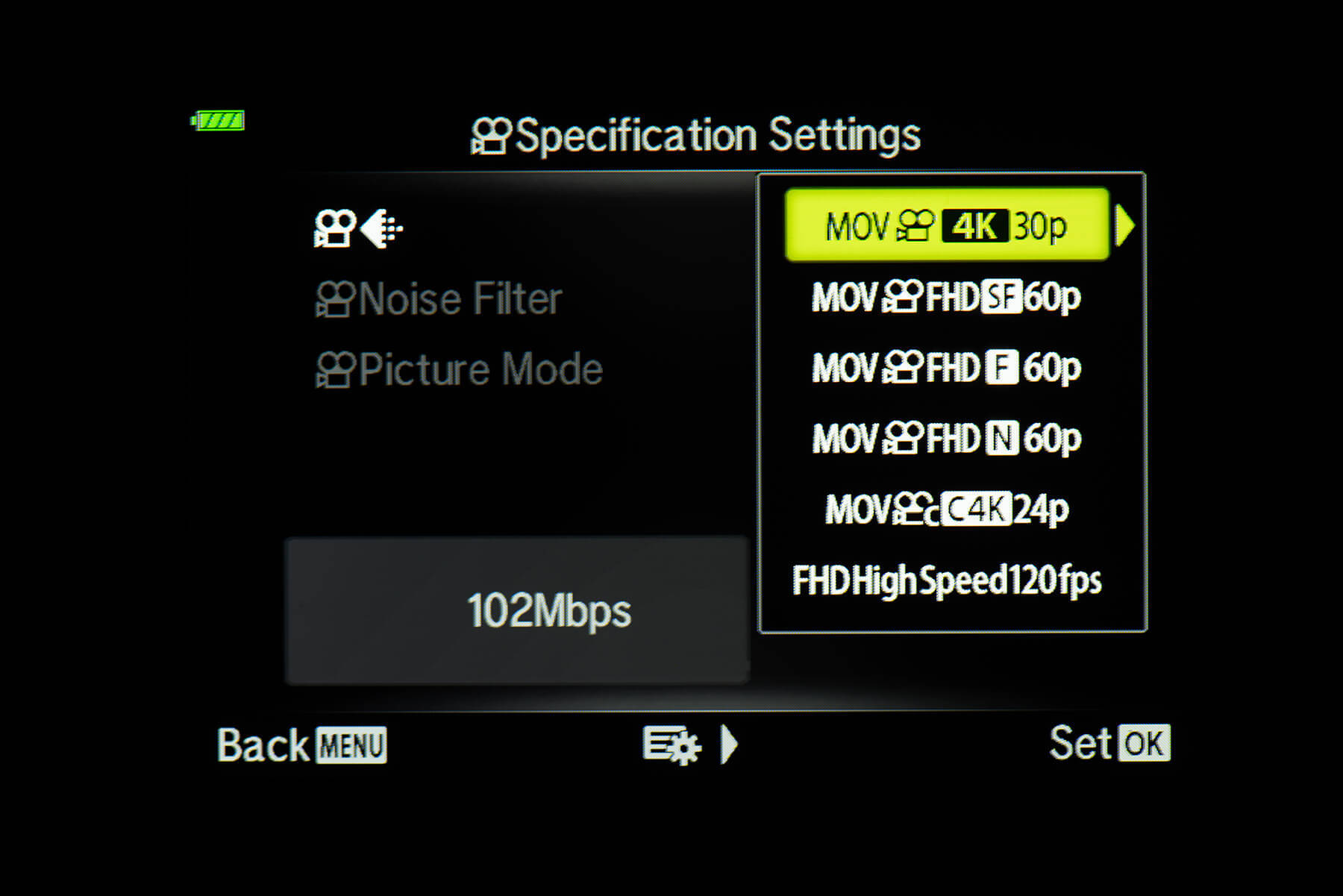 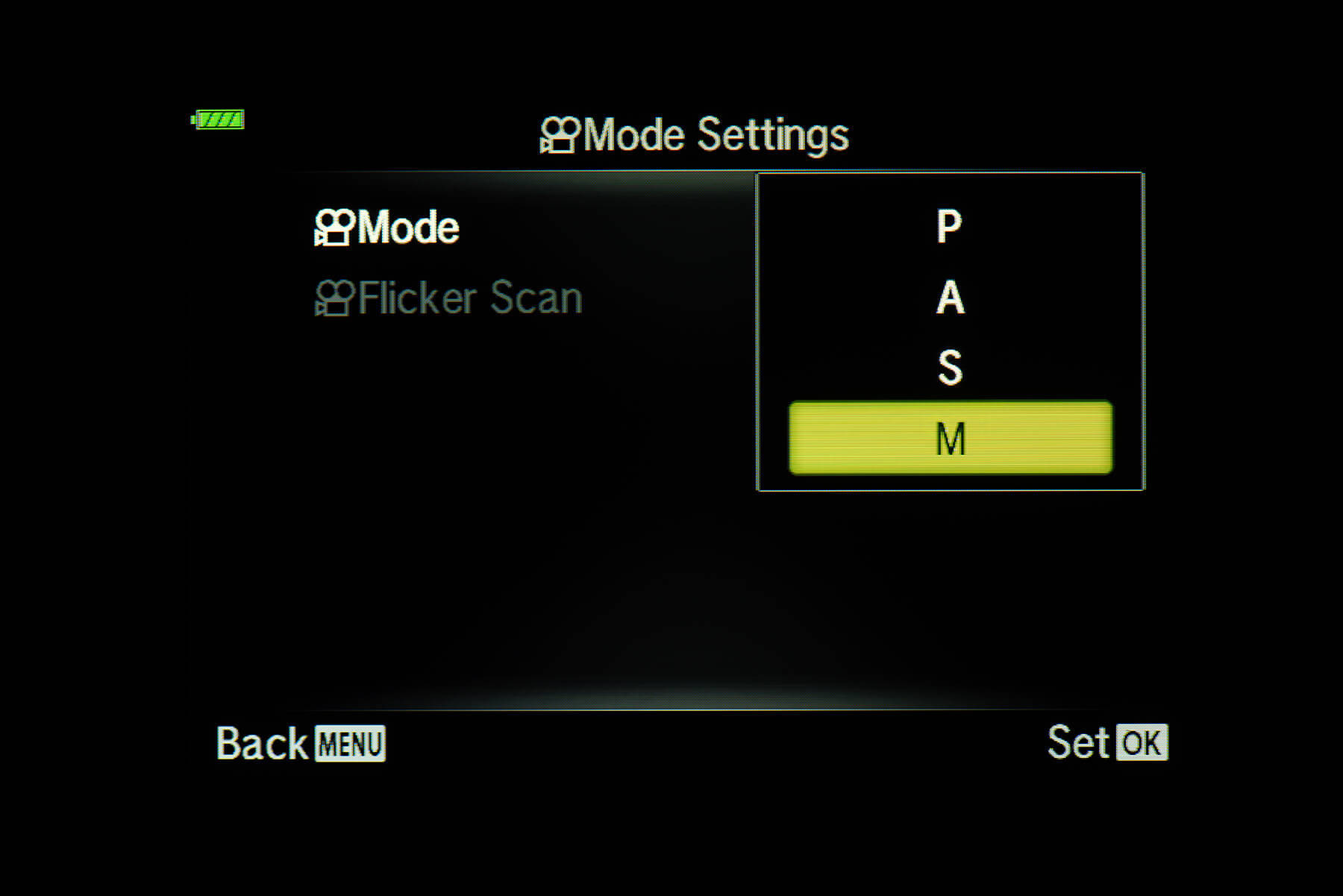 An in-body image stabiliser is a huge benefit when it comes to handheld shooting. The OM-D E-M5 Mark III has a five-axis in-body image stabiliser with a 5.5EV benefit (6.5EV with supported lenses). There are two modes, M-IS1 where stabilisation is done by sensor shift and digitally so there’s slight image crop, and the sensor shift-only M-IS2. The latter is smoother when walking and shooting. Both can be accessed via the menu or camera’s Super Control Panel. 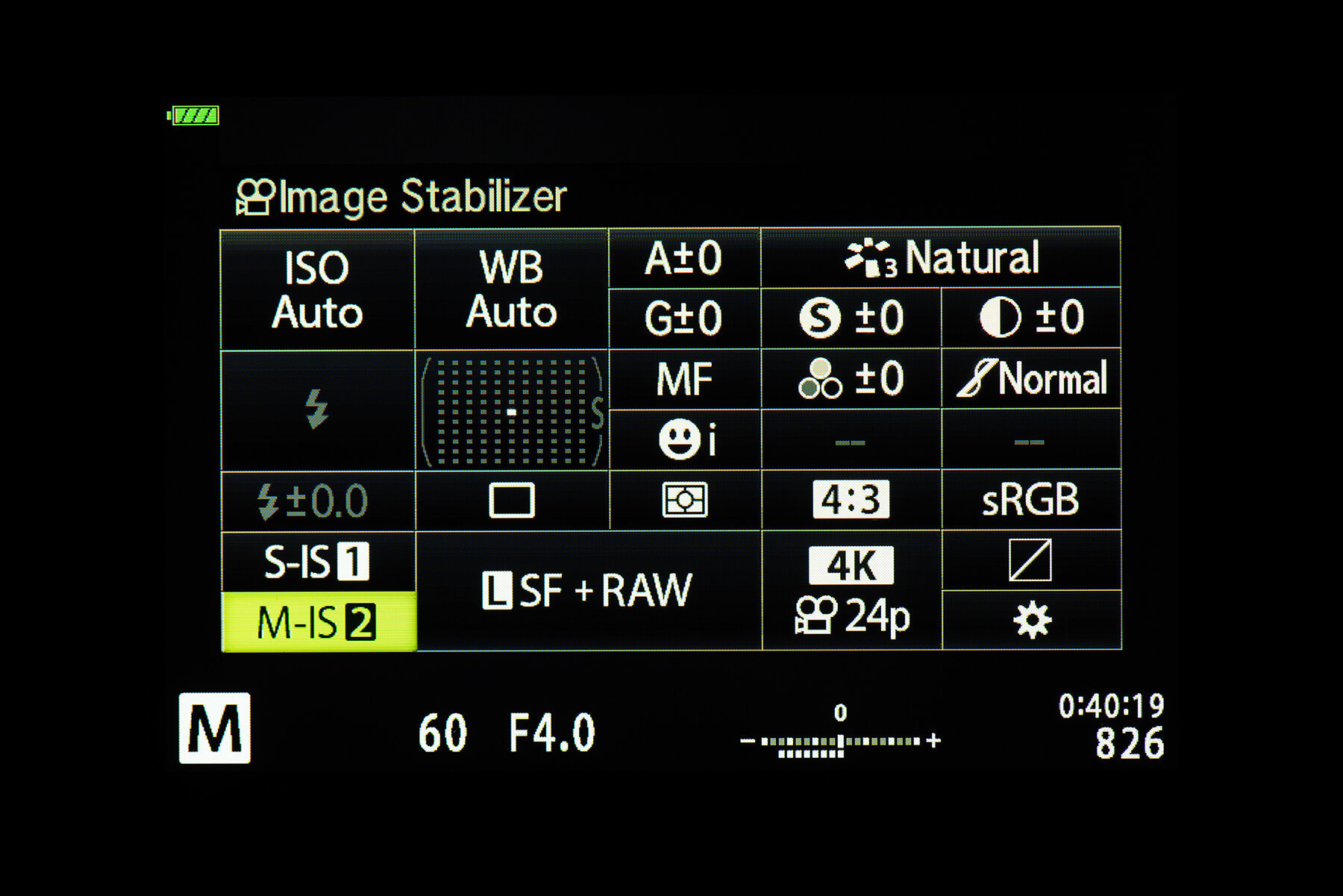 The OM-D E-M5 Mark III’s menu lets you set which focus mode is engaged for video shooting. I set the camera to continuous autofocusing and used the touch AF monitor to move the AF point around if necessary. The OM-D E-M5 Mark III is the first in the line to offer on-sensor phase detect AF and it’s responsive and accurate even in low light. 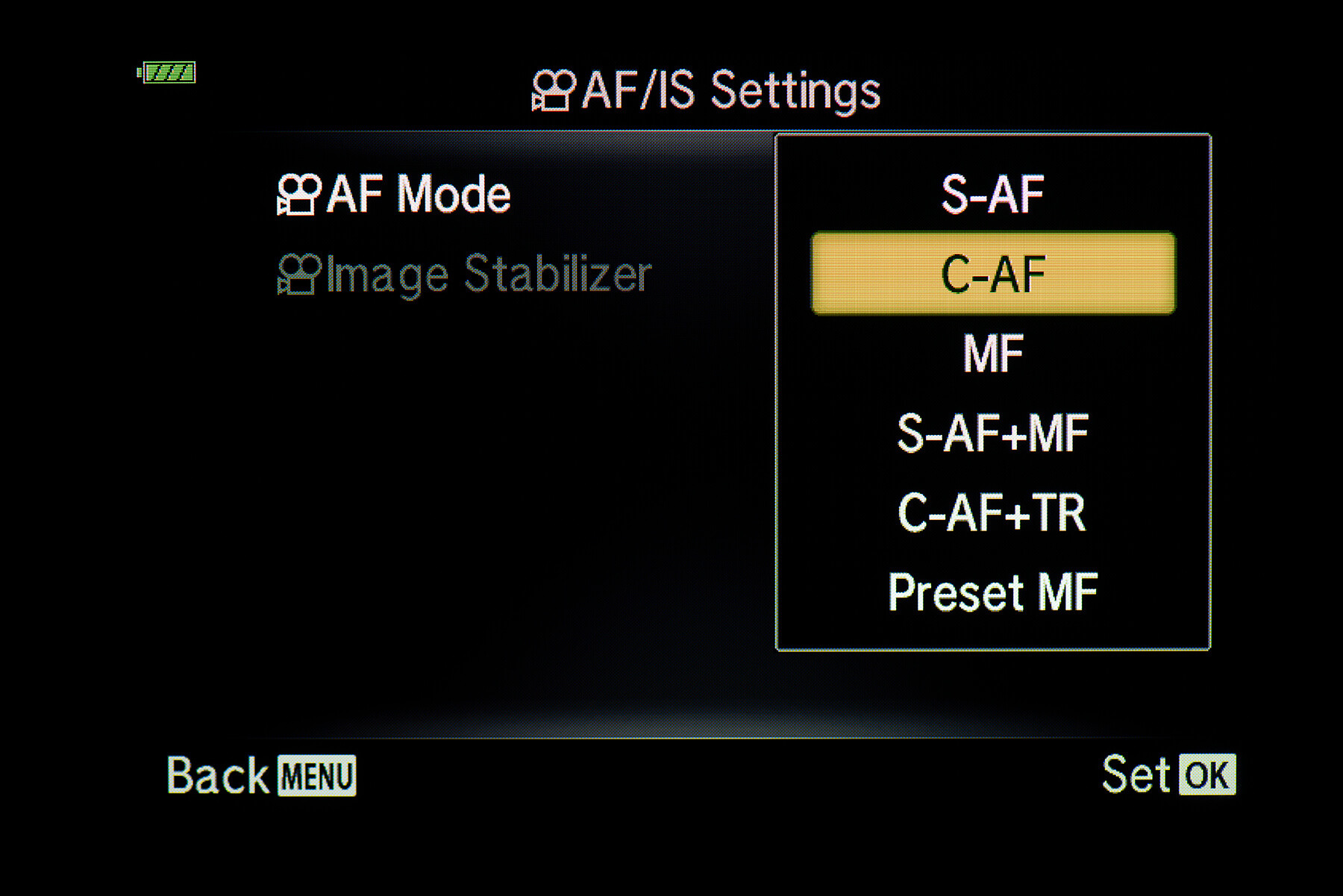 Checking every shot and video clip takes time and battery power. With time being critical in a twilight shoot, I kept previewing to a minimum knowing that the OM-D EM-5 Mark III could deal very skilfully with exposure and focusing, freeing me up to concentrate on getting images while the lighting was good. 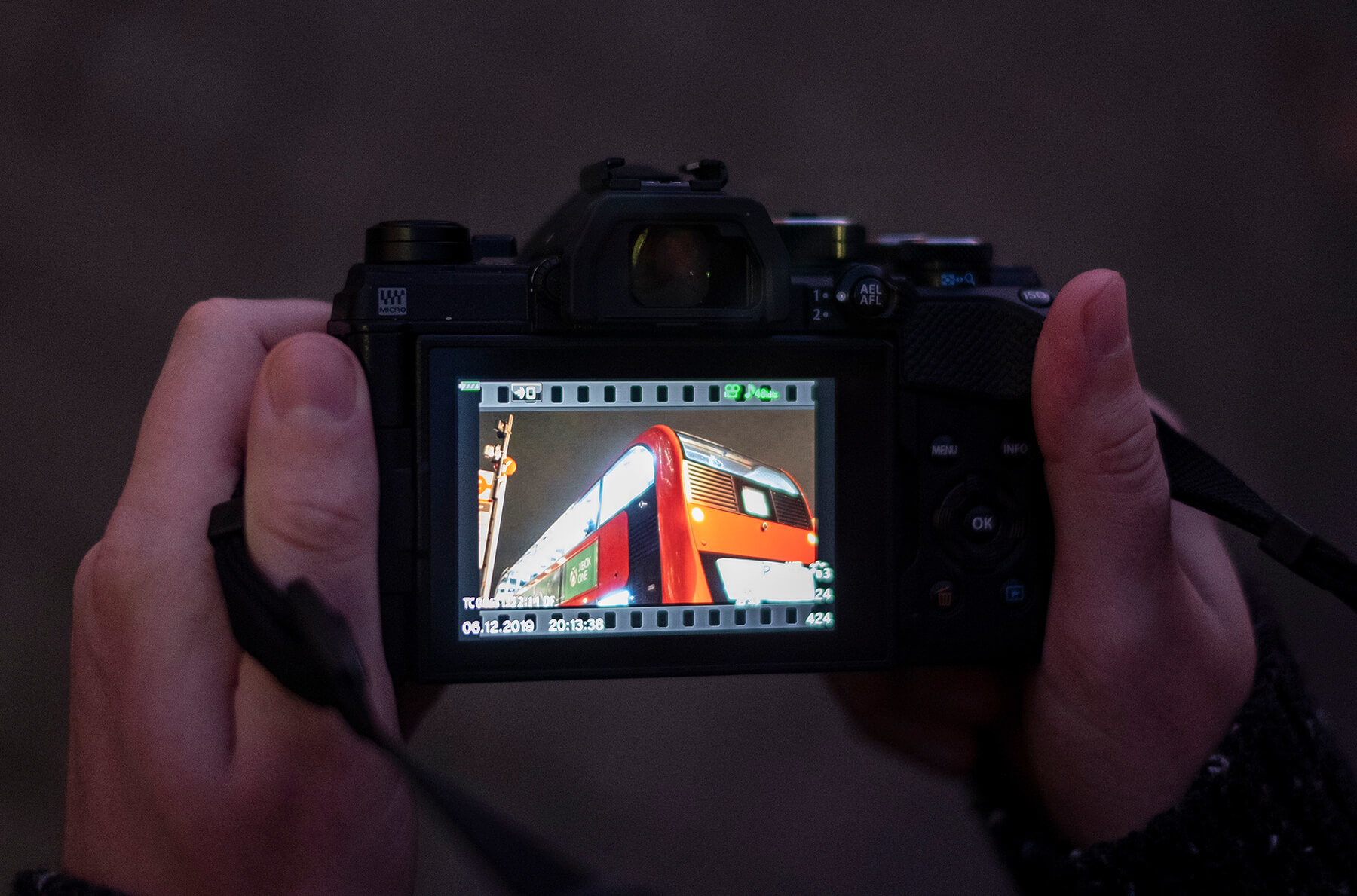 For this shoot, Will Cheung used an OM-D EM-5 Mark III. It’s Olympus’ newest Micro Four Thirds camera and boasts a great feature set that will appeal to keen still photographers and video makers. It offers a 20.4-megapixel resolution from its Micro Four Thirds sensor, an in-body image stabiliser offering a 5.5EV benefit with most lenses and 6.5EV with lenses with Sync IS, and it all comes in an impressively small and environmentally sealed body that weighs in at just 414g. 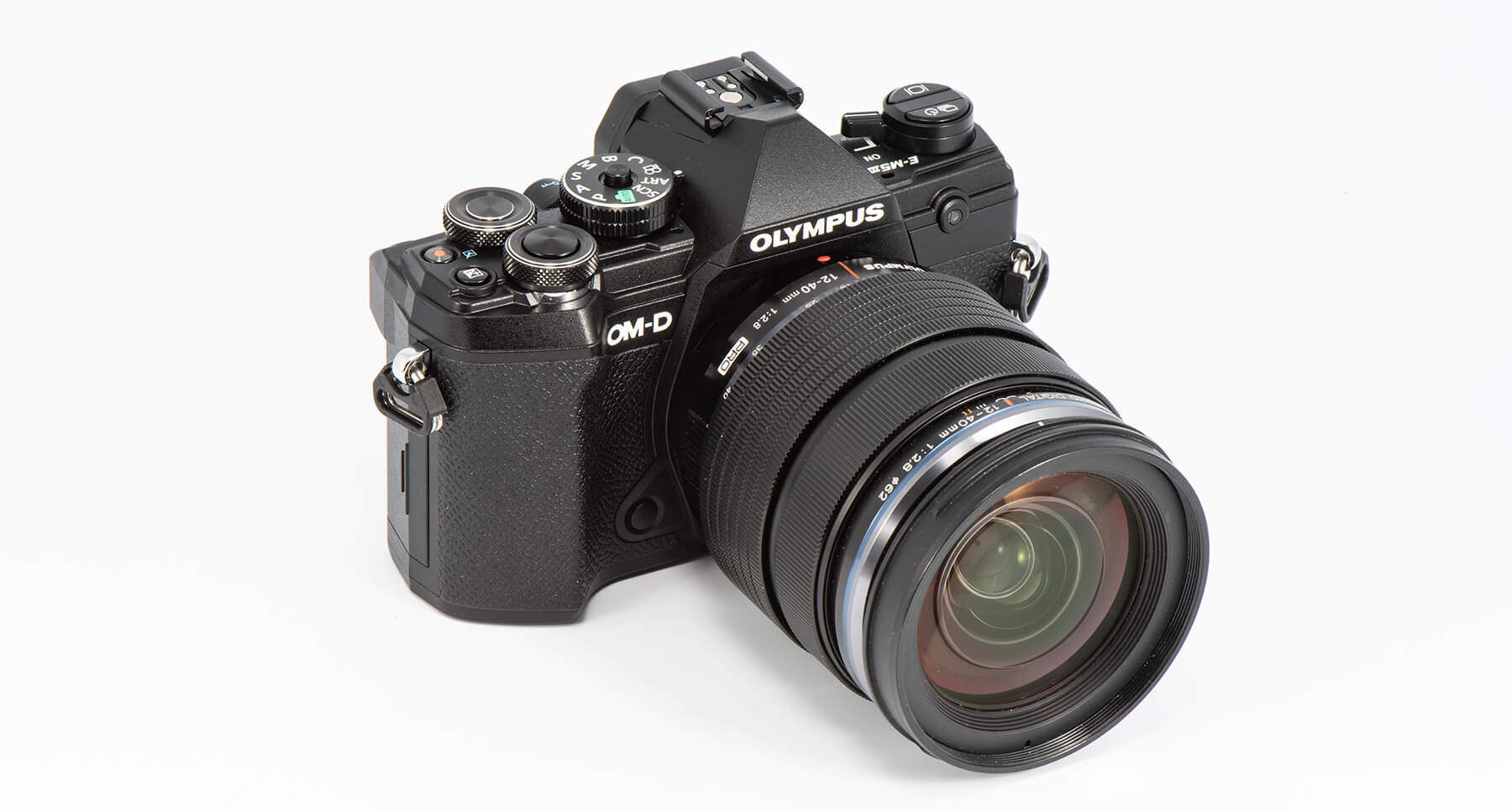 As featured in issue 73 of Photography News. 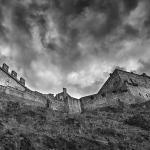 The secrets to perfect winter landscapes 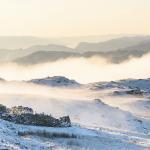 Make the most of your hard work and dedication by printing your work out...

Whether you’re just starting out in sports photography or looking to take your shooting...

As photographers, we never stop learning – but thankfully, we don’t have to do...

Natural light photography is beautiful and it’s simple, but to get the most out...
Read Here