Author and graphic designer, Luke Wesley Price, reveals how and why he curated this set of stunning images that commemorates an iconic era of space travel

The idea of self-publishing a book is an exciting and terrifying one, but that’s exactly what I decided to do after a four-year project had finally reached its conclusion. The year 2013 saw the release of a huge and ambitious project I had initially taken on as a personal hobby, but later developed into something bigger. The title of the book was Space Shuttle: A Photographic Journey, and things were about to lift off!

“The dream is alive” – these were the triumphant words spoken by legendary astronaut John Young after bringing home the very first space shuttle from its maiden orbital flight in April 1981. This was a landmark in manned space travel as NASA had succeeded in making the world’s first reusable space vehicle. I was just two years old when the renowned Gemini and Apollo veteran made this historic space flight as commander of the space shuttle Columbia on STS-1 (Space Transportation System-1). 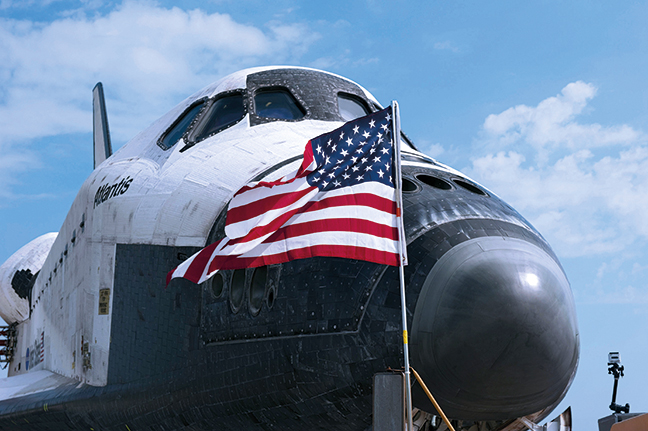 Fast forward a few decades and my passion for NASA’s space history is as strong as ever. In 2009, I began combining my hobby with my work as a graphic designer. I spent many years in the world of graphic design and worked for many design agencies before starting my own small agency. What started out as a hobby after a hard day’s graft at my graphic design studio slowly became my obsession.

After contacting NASA in 2009 and setting out my intentions, I was put in touch with the sources to start making my dream a reality. I made it my mission to search through thousands of official NASA photographs, changing my mind constantly, but ultimately making sure I stayed true to my concept. I painstakingly scoured through the vaults in order to eventually end up with what I consider to be my personal favourites, as well as a selection I felt would inspire the reader; no matter their age or previous space knowledge, long after the shuttle has taken its rightful place in the history books. I really wanted to use this opportunity to pay homage to the orbiters and entice the reader to take some time to appreciate the sheer beauty of the design, detail and elegance of the space shuttle. The last ever space flight of the space shuttle was in 2011 and this book was designed to commemorate 30 years of manned space flight aboard this American treasure. 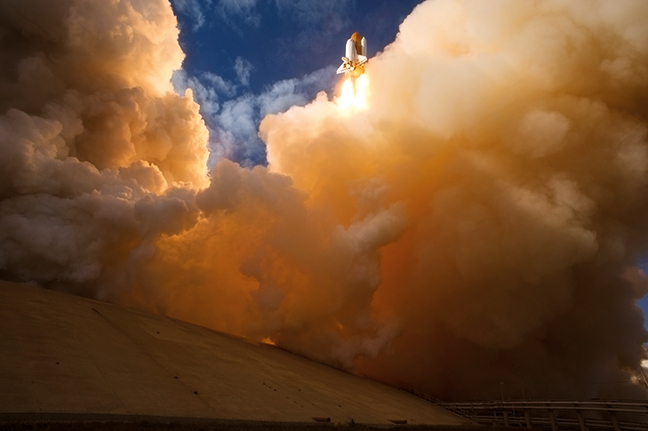 In 2013, two years after the space shuttle Atlantis made its final voyage into space, Space Shuttle: A Photographic Journey was finally self-published and released in a limited first edition of 1981 copies – the year of the space shuttle’s first flight. I had personally funded the project and overseen every aspect, from the writing to the design and layout, and from the printing decisions to the distribution challenges. It was a huge challenge, but a worthwhile one. The book received high praise across the world and, even though the run was fairly small, it made a fairly big impact in the world of space.

After the success of the limited first run, I had interest from various publishers who were looking to re-release the book in a second edition, which would reach a wider audience. I eventually partnered with Ammonite Press (GMC Publications), because the team had so much respect and passion for getting the book out into the wider world, and their work and reputation for high-quality photographic and art books is fantastic. 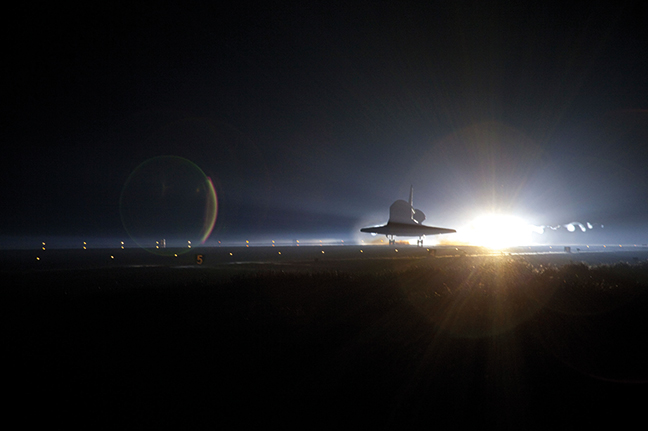 For this upgraded and stunning second edition (which is being released this spring), we have an exciting new edition to the book. Astronaut Christopher Ferguson, commander of the final space shuttle mission, has written the foreword for Space Shuttle: A Photographic Journey. Even more exciting, coming soon is a custom-designed, signed edition by Christopher Ferguson. It comes in a custom slipcase and there will be 135 copies available only (corresponding to the 135 shuttle missions). For details on this limited signed edition, email info@spaceshuttlebook.com.

The book pays tribute to the five space-worthy orbiter vehicles built by NASA, and exhibits them in some of the most amazing space shuttle images you will ever see. From the dangerous launch sequence – ripping through Earth’s atmosphere and reaching for the stars – to some of the most vivid mission photographs, such as space walks, extraordinary astronaut maintenance work, docking with the International Space Station and more. I have endeavoured to ensure every image has a little extra something that makes it stand out from the rest, something that will evoke a reaction from the reader. During the production of this book, I became friends with the late space shuttle astronaut, Bruce McCandless. Along with the support from Christopher Ferguson, Bruce helped me out earlier with a few design decisions and hailed it as “a true masterpiece”, so he was very keen to see the book get republished and sent out into the world. 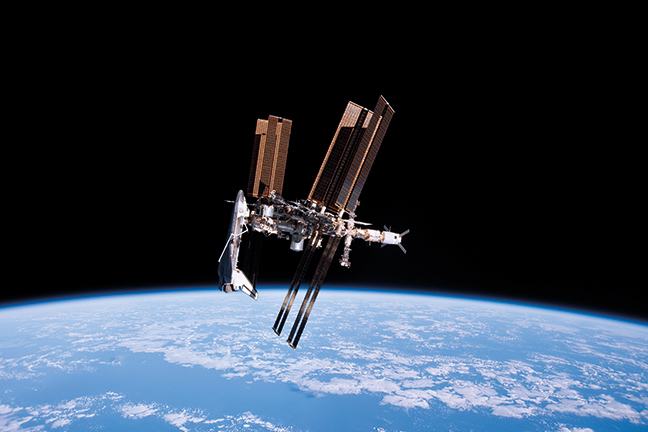 Even though this project was primarily about the orbiters, it was also important to acknowledge each and every crew member who flew aboard the space shuttle. At the back of the book, you can find details of every STS mission launched, including documentation of every astronaut to serve aboard any of the five orbiters. Also, within the back pages of the book, you can find a colourful section archiving the space shuttle mission patches designed for every single STS mission.

So, that’s a brief story behind the making of this book. It’s more than just a photo album: it’s a commendation, a memorial if you will, a labour of love. The end result is a stunning collection of classic favourites, along with some sensational and perhaps unusual forgotten treasures that take you on a journey, which I hope you’ll revisit time and time again.

The dream is alive. 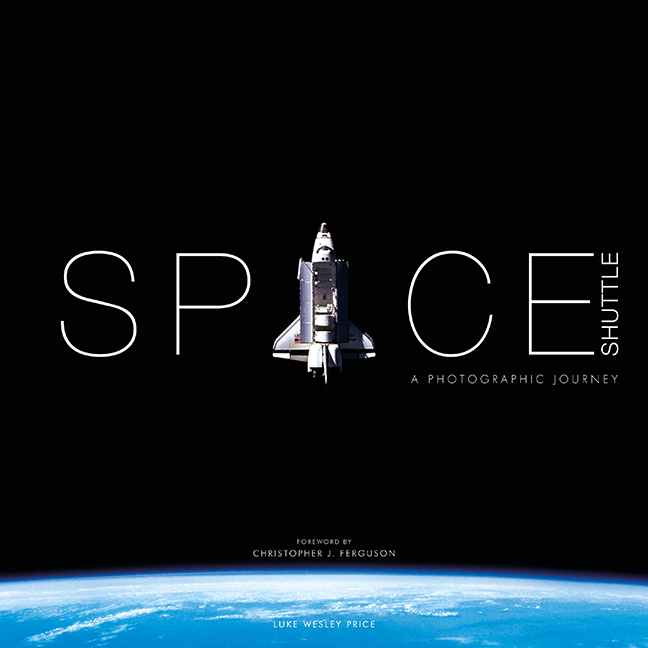 Available from April, Space Shuttle: A Photographic Journey by Luke Wesley Price has a recommended retail price of £30 and can be bought from Ammonite Press. For more information, please visit The GMC Group website. 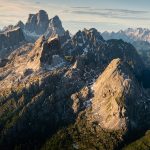 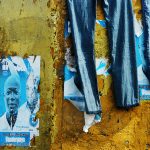 The Kase filter system offers a practical and elegant solution to using a polariser...

How Tom Barnes found the ultimate blend of power, speed and versatility in Profoto’s...
Read Here