Canon at the double

The original EOS 6D was announced five years ago so an updated model was due, and here it is.

The EOS 6D Mark II features a new sensor, Canon’s Dual Pixel AF system and an increased continuous shooting rate so it looks like the wait has been worthwhile.

At EOS 6D Mark II’s heart is a brand new CMOS sensor boasting a resolution of 26.2-megapixels and works with Canon’s DIGIC 7 image processor. The combination is said to give exceptional exposure latitude to help get maximum detail in bright conditions. The highest ISO setting in the native range is ISO 40,000 and that at the top end this can be expanded up to H2 ISO 102,400.

The DIGIC 7 processing skills help to give accurate focus tracking of moving subjects and together with the EOS 6D Mark II’s 6.5fps continuous shooting speed means that this camera is better suited to action photography compared with its predecessor. 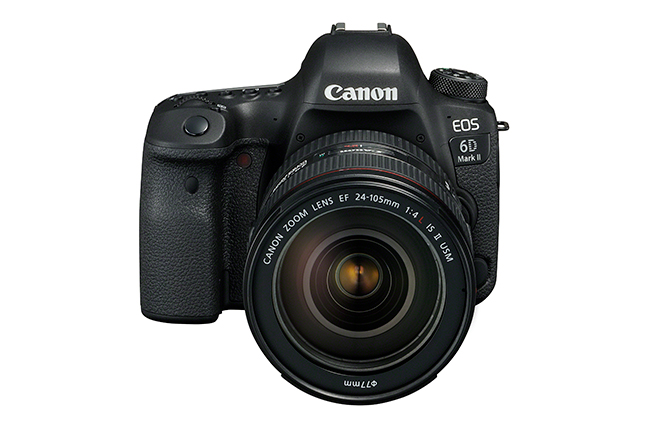 Autofocusing is handled by Canon’s tried and tested Dual Pixel CMOS AF technology. In this system, pixels covering about 80 per cent of the image area on the sensor comprise individual photo diodes, left and right. To achieve accurate AF the camera compares the images of both diodes and if they are different, ie not in phase, the lens is instructed to make adjustments until they look the same and in focus. Single AF point, auto 45 point and various zone AF options are available so most needs are catered for and AF point selection can be done via the touch-screen. There is a maximum of 63 AF points in a 9×7 grid via the optical viewfinder.

Priced at £1999.99 body only, the EOS 6D Mark II is Canon’s lowest priced DSLR for would-be full-frame owners and it certainly has a lot going for it at this price point. It will be in the shops this July.

The sample I got to handle was fully working but pre-production so the following comments should be considered with that in mind. Also, I was not allowed to load an SD card so no pictures were taken.

At first glance, there is little cosmetic difference between the EOS 6D Mark II and its predecessor in terms in layout. A longer look reveals an extra button on the front and around the back the monitor is vari-angle design.

I’m a big fan of vari-angle monitors so the inclusion of that feature greatly enhances the Mark II’s appeal and the provided bright viewing image makes composing low-down or above the head shots a cinch.

In the hand, the body has a solid feel and its controls have a positive action. Of course, this is a full-frame DSLR and in that context its body is compact and respectably lightweight. Its dust and drip resistant build should ensure a reliable performance even in challenging conditions.

The EOS 6D Mark II’s AF system is the same as that found in the EOS 80D, a camera I have tested and found to be impressive with its swift focusing and ability to track moving subjects. Fitted with a 24-105mm f/4 IS II USM, the EOS 6D Mark II’s AF was speedy, responsive and accurate. Tracking on this early sample was good but this was with nothing faster than people walking across the room.

This camera’s action-shooting credentials have been advanced thanks to its ability to shoot at 6.5fps (compared with 4.5fps for the original model) and while that doesn’t compare with what is possible with the latest top-end full-frame cameras, it is still impressive for an enthusiast-level product. At 6.5fps, a burst of 21 Raws and 150 full-size JPEGs is claimed.

Firing the camera at its full shooting speed reveals it to be reasonably quiet DSLR with low vibration levels. Of course, the flapping reflex mirror does limit how quiet and vibration-free this camera can be. Single and continuous shooting are available in ‘silent’ modes, and while the noise level is lower it’s not silent.

The viewfinder is an optical one and the image provided is bright and contrasty with camera setting information aligned across the bottom. Layout is typically Canon and will be familiar to existing users.

The same can be said of the camera’s menu structure. In fact, its consistent menu layout across its cameras, whether mirrorless or DSLR is one aspect of design Canon makes a great play of. This new model follows this consistency which makes it really easy for existing Canon users to change models without any relearning.

So at this early stage and after a short time playing with a pre-production sample, there is much to like about the EOS 6D Mark II and its potential is clear so we look testing it in Photography News very soon. 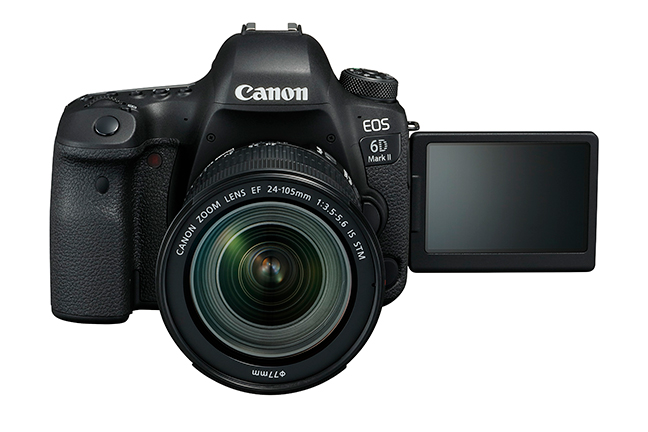 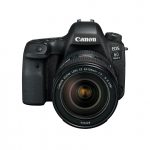 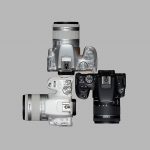 The two new cameras and range of accessories break new ground for GoPro. The...

What does the PN team think of the new Panasonic GH6 and OM Systems...