The GF30mm f/3.5 R WR is a compact, weather-resistant wide-angle (24mm equivalent in the 35mm format) lens, ideal for a wide range of photographic subjects. With its advanced optical construction of 13 elements in ten groups that includes two ED and two aspherical, it is designed to deliver edge-to-edge sharpness at all apertures and the lens groups are positioned to minimise distortion that wide angles can be prone to. Resolution levels are said to be very high and compatible with 100-megapixel sensors. Focusing is handled by an internal system that is fast and silent, and focus breathing is reduced to 0.05%, making this lens well-suited to video use.

On the firmware front, there are free updates for the X-A7 and X-T200, adding webcam functionality and X Webcam compatibility, so both cameras can be used for online meetings by connecting them to the computer with a USB lead, giving much higher image quality compared with conventional webcams.

Speaking of webcams, there’s great news for Apple users. The X Webcam software, which turns compatible Fujifilm cameras into webcams, was introduced as Windows only, but thanks to an overwhelming response, a macOS version is due to be released mid-July.

There are also significant firmware upgrades for the GFX system, with all three current models, the GFX100, GFX 50S and GFX 50R, benefitting. The number of Film Simulation modes for all three have increased, with the GFX 100 getting Eterna Bleach Bypass and Color Chrome Blue, while the other two get Eterna and Smooth Skin Effect.

Finally, there’s a minor firmware update for the X-T4.

At a glance features of the Fujifilm GF30mm lens 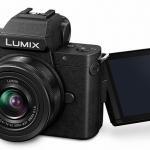 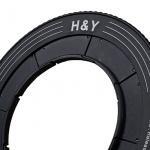 Nikon has announced the latest addition to its Z system with this lightweight lens...